A team from Sony, Hitachi and AIST shows that it will be possible to make green laser diodes with the high efficiencies needed for pico-projectors. 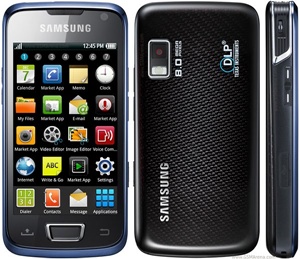 Next-generation, top-of-the-range mobile phones will come equipped with a pico projector. And those that deliver the highest-quality images will employ a combination of red, blue and green lasers.

Initially, those red and blue sources will be descendants of chips used in DVD and Blu-ray players, while the green emitter will be a more complex contraption that employs a crystal to double the frequency of an infrared laser. But, at some point, a direct green source will replace the frequency-doubled version. The simpler approach should have many advantages: cheaper to make; much more compact; produce less speckle; capable of a higher modulation rate; and allow projection of high-definition images.

So far, the most promising direct green laser diode emitter is a variant of the violet one now widespread in Blu-ray players. By increasing the indium content in the light-generating region, researchers at various companies have pushed emission to the longer wavelengths and higher powers that are needed for the green source of a pico-projector. They require a green laser to deliver a minimum output of 50 mW. Engineers at Osram Opto Semiconductors reached that particular milestone in early 2010, with a laser emitting at 516 nm, and they repeated the achievement at 526 nm this summer.

Even more recently, Nichia – the Japanese company that pioneered the development of blue lasers based on gallium nitride (GaN) - appeared to have trumped that effort, by starting commercial shipments of 510 nm, 50 mW lasers that are claimed to be priced competitively. “We do not know the exact price of frequency-doubled green lasers, but we believe they are more expensive than ours,” said Shigeki Okauchi, a spokesman for the company. 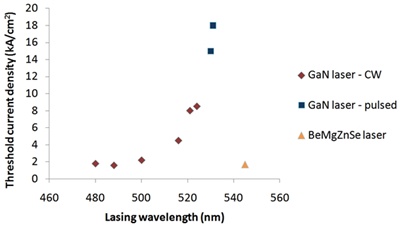 Major drawback
But there is a major drawback with the GaN-based green lasers made by Nichia and Osram: they have a high threshold current, meaning that the current has to be cranked up high simply to get the light out (see figure to left). The result is that, inside a mobile phone, they would drain the phone battery very quickly.

The solution requires a laser with a lower threshold current, and it now looks like this could be achieved by switching to a family of II-VI semiconductor materials based on the alloy BeZnCdSe. Using this approach, a team from Sony, Hitachi and Japan’s National Institute of Advanced Industrial Science and Technology (AIST) has just reported a low-threshold-current laser that emits 1.5 mW at 545 nm.

II-VI lasers are certainly not new. Before Nichia’s intervention, they were the seen as the most promising candidates for making both blue and green lasers, at a time when few believed that it would be possible to make any kind of light-emitting device from defect-prone GaN. Back in the early 1990s, Sony led this development, realizing a 530 nm laser.

But the big problem with Sony’s device was its short lifetime: just 100 hours. This resulted from the weak bonds in the crystalline material. Defects would quickly form, worm their way to the active region and kill off light emission.

To fix the problem, the Japanese team has now added beryllium to the laser structure. Beryllium-containing ZnSe-based crystals have a considerably higher degree of covalency than other II-VI compounds, and they promise to produce devices with longer lifetimes, says the collaboration.

The other key success has been the introduction of a stack of alternating, very thin layers of BeMgZnSe and nitrogen-doped ZnSe. This has enabled a much-needed increase in p-type doping in the laser structure.

Projector requirements
To meet the requirements of a green source in a pico-projector, the II-VI laser needs to deliver far more power, ideally at a slightly shorter wavelength. Reaching shorter wavelengths can be addressed fairly easily, by reducing the cadmium content in the active layer. But increasing the maximum output from 1.5 mW to 50 mW is a far greater challenge.

Higher powers demand higher drive currents, something that is not yet possible with the latest design, because turning up the power would overheat and destroy the laser. AIST’s Ryoichi Akimoto says that the solution is to decrease electrical resistivity in the device – especially in the p-contact and p-clad layer - to less than half its present value. “When this is successful, we expect that a 50 mW output will be possible,” he told optics.org.

Crucially for consumer applications, the collaboration is convinced that it will be possible to produce these new types of laser at competitive prices, saying that it can make the devices using well-established, high-volume processes. The II-VI lasers are grown on gallium arsenide, a substrate that is far cheaper, much larger, and more widely available than GaN. 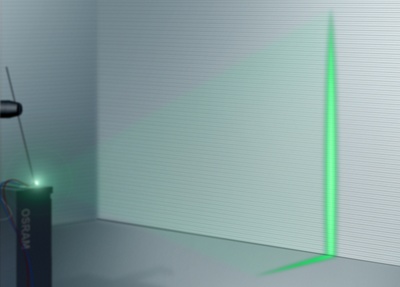 The II-VI materials would be deposited onto the substrate by molecular beam epitaxy (MBE), a growth technology that many companies, including Japan-based Rohm and Sharp, have already employed to manufacture laser chips. “If a production-scale MBE system is employed, we expect high-yield growth of our wafers,” said Akimoto.

He adds that it is much easier to create a laser cavity in the II-VI device than it is in a GaN laser, without the need for any further development of material processing equipment. “Most processes for fabricating II-VI laser chips, such as etching and metallization, can be done using the conventional processing machines of mass production.”

Akimoto and colleagues are now working to increase the output power and reliability of their lasers. “This includes an increase in p-doping efficiency, optimization of the active layer, and a decrease in defects generated at the interface between the II-VI layers and gallium arsenide.”

With Nichia claiming that it will be working to decrease the threshold current of its GaN-based lasers, and Osram moving closer to commercial production, the race is on to develop the best device for what is expected to become a huge volume market over the next few years. If the Sony-Hitachi collaboration succeeds, it would represent the resurrection of the II-VI semiconductor laser, more than a decade after most would have dismissed it as a failed technology.

Richard Stevenson is a science and technology journalist based in Chepstow, Wales.