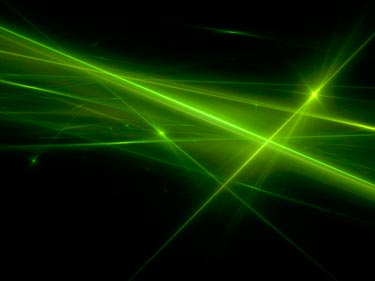 Ion sees the light: charged particle is trapped by laser

Physicists in Germany claim to have trapped single ions using lasers for the first time – an achievement that could open the door to advanced simulations of quantum systems.

In the past, the trapping of atomic particles has followed a basic rule: use radio-frequency (RF) electromagnetic fields for ions, and optical lasers for neutral particles, such as atoms. This is because RF fields can only exert electric forces on charges; try to use them on neutral particles and there's little effect. A laser, on the other hand, can draw the dipole moments of neutral particles towards the centre of its beam. But the resultant optical trap is relatively weak, and so ions – which are sensitive to stray electric fields – easily escape.

Now, Tobias Schaetz and colleagues at the Max-Planck Institute for Quantum Optics in Garching, Germany, claim to have got around this problem. They were unable to speak with our sister website physicsworld.com because they are planning to submit to a journal with an embargo policy that discourages communication with journalists, but in a preprint available on the arXiv server they describe an "experimental proof-of-principle" of how stronger, more focused lasers can optically trap ions for over a millisecond.

In the experiment, Schaetz's group cooled a single 24Mg+ ion in a standard RF trap before superimposing it with the field from a strong laser. The physicists then gradually reduced the RF field to zero so the ion was contained by the optical field alone. Finally, they observed the fluorescence light of the ion through a CCD camera to check it had been trapped successfully.

Over several experiments, they calculated the trapping lifetime as about 1.8 ms. "The lifetime of the ion in the optical dipole trap is limited by photon scattering and is thus expected to be improvable by state of the art techniques," they note.

Optical traps for ions could benefit simulations on quantum systems. If optical traps are superimposed on RF traps, there comes the ability to simulate in two or three dimensions, or collide particles in new ways. "The biggest advantage of being able to trap an ion optically, instead of [using] an RF electrode, is that one can then study the collision between a neutral atom and an ion at low energy," explains Yu-Ju Lin, a researcher at the Joint Quantum Institute at the University of Maryland, US. "If an ion is still trapped by an RF electrode, it always has an RF-induced micro-motion – i.e. kinetic energy – which limits how low the energy of the collisions [can go]."

Andrew Steane, a quantum physicist at the University of Oxford, UK, calls the research "excellent experimental physics", although he notes that it is an extension of previous ideas and experiments. "Such [an optical trap] is of course already widely used in experiments on neutral atoms," he adds. "Applying that idea to ions extends the toolbox available to experiments in basic atomic physics and quantum mechanics."