Three physicists from China, the US and Canada have picked up this year's Nobel Prize for Physics. The SEK10m prize has been shared between Charles Kao from the Chinese University of Hong Kong and Willard Boyle and George Smith, both from Bell Laboratories, US.

Kao has won half the prize for his work on the transmission of light in optical fibres, which has allowed a revolution in telecommunications. In a statement, the Royal Swedish Academy of Sciences said that "Today, optical fibres make up the circulatory system that nourishes our communication society. These low-loss glass fibers facilitate global broadband communication such as the Internet."

Boyle and Smith each receive a quarter of the prize for inventing the charge-coupled device (CCD) – an imaging semiconductor circuit that forms the basis of every digital camera. "Digital photography has become an irreplaceable tool in many fields of research," stated the Academy. "The CCD has provided new possibilities to visualize the previously unseen."

Charles Kao was born on 4 November 1933 in Shanghai, China and studied electrical engineering at Woolwich Polytechnic (now the University of Greenwich). After receiving his PhD in electrical engineering from Imperial College London in 1965, he moved to Standard Telecommunication Laboratories (STL) based in Harlow, UK, where he later served as director of engineering. It was here that he did his groundbreaking research into fibre optics.

When Kao joined STL he began working with Antoni Karbowiak who was seeing if optical waveguides could be used for communication. Karbowiak was trying to build such wave guides from sequences of lenses or tubes filled with gas, but without success. In 1964 when Karbowiak moved from STL to the University of New South Wales, Sydney, Australia, and Kao took over the research group. 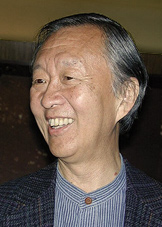 Kao was familiar with working with dielectric waveguides – flexible plastic rods that could guide microwaves – and became interested in the work of Elias Snitzer from the American Optical Company, who had showed that dielectric waveguide theory could be also applied to optical fibres for communication.

However, because of their high attenuation, optical fibres were useless for communication. Kao, together with a colleague George Hockham, found that impurities in the fibre were absorbing and scattering light, which led to signal losses. Kao proposed that having optical fibres with high purity glass could be a good candidate for optical communication and calculated that attenuations of a couple of decibels per kilometre (dB/km) could be possible.

Kao immediately saw the potential of optical fibres and published a paper in the Proceedings of the Institute of Electrical Engineers (113, 1151), in which they wrote that "A fibre of glassy material in a cladded structure represents a practical optical waveguide worth important potential as a new form of communication medium." Optical fibres can keep light in the core of a fibre for kilometres by exploiting the principle of total internal reflection.

However, optical fibres would only be any good in practice for telecommunications if a signal could travel several kilometres without the signal needing to be boosted by ”repeaters”. A few years later, Kao showed that fused silica (SiO2) had the required purity and could be easily manufactured. By 1970 research led by John MacChesney at Bell labs demonstrated that fibres with an attenuation of 1 dB/km could be achieved.

"Kao is one of the optics heroes, a real pioneer," Peter Knight from Imperial College London told our sister website physicsworld.com. "His research has changed the modern world and what is more astonishing is that Kao immediately saw the application of his work."

After leaving STL, Kao became research director at the US manufacturing firm ITT cooperation and chief executive of Transtech – a company that produces materials for the telecommunications industry. He also served as vice-chancellor of the Chinese University of Hong Kong from 1987 to 1996. Kao is now a British and US citizen.

The other half of the 2009 Nobel Prize for Physics is shared between Willard Boyle and George Smith for inventing the CCD camera. Boyle and Smith were both working at Bell Laboratories in New Jersey when they made their discovery in 1969 – Boyle was director of device development at the lab and was Smith's boss who was a department head. 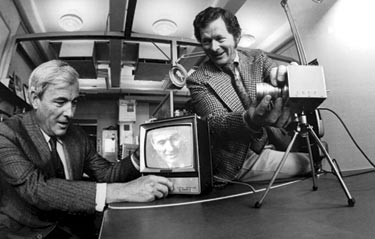 A CCD camera contains millions of light-sensitive cells that are arranged in a rows and columns to form a matrix. When light then shines on this matrix it is converted via the photoelectric effect into an electron, which is stored in a capacitor. The amount of stored charge in each cell is then proportional to the intensity of light.

The charges are then transported to the edge of the CCD matrix to be read out. The image can then be reconstructed from the contents of each pixel. The CCD revolutionized photography as it allowed light to be captured electronically instead of on film.

Apart from forming the basics of most digital cameras, CCDs are also widely used in astronomy. The Hubble Space Telescope has several CCD cameras on board, including in the Wide field Planetary Camera, which was recently upgraded.

"CCDs are the backbone of modern astronomy," says Andrew Fabian, president of the Royal Astronomical Society. "They let professional and even amateur astronomers see objects throughout the Universe with a sensitivity to light that would have been unthinkable even three decades ago."

Boyle was born in Amherst, Nova Scotia, on 19 August 1924. He served in the Royal Canadian Navy in the Second World War and then attended McGill University, receiving a PhD in physics in 1950. Boyle retired in 1979 and is a Canadian and US citizen.

Smith was born in New York on 10 May 1930. He obtained his PhD in physics from the University of Chicago in 1959 after which he joined Bell Labs as a research scientist. He retired in 1986.

Knight says that while fundamental physics is behind each development, the clear applications set them apart. "I think it is excellent that the Nobel Foundation has chosen these areas of physics where they have obviously changed the world," says Knight. "Sometimes physics needs to jump up and down and say that it is capable of doing this."