Over the last two decades, the use of multiphoton microscopy has spread to all major areas of biological research. Marie Freebody speaks to John Girkin about the remarkable potential of this powerful technique and the innovations that have aided its growth. 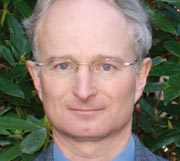 John Girkin is an associate director of the Institute of Photonics at the University of Strathclyde, UK. Previously, Girkin worked for Keeler, UK, producing instruments for the treatment and diagnosis of a range of ophthalmic diseases, including the first commercial diode laser ophthalmic photocoagulator. His interests primarily focus on the use of photonics in biotechnology, including the applications of femtosecond lasers for multiphoton imaging.

What is multiphoton microscopy?
Multiphoton microscopy is a term that now covers a range of nonlinear optical microscopy methods with one key feature – they can all obtain optically sectioned images with high resolution. A common factor in all of these methods is that two or more photons combine to generate a contrast difference within the sample being imaged.