Volumetric three-dimensional images made without mechanical or moving parts have been demonstrated.

A prototype for rendering a three-dimensional image in a static volume space has been demonstrated by 3DIcon, a US development-stage technology company. CSpace is claimed to be capable of rendering 800 million volumetric pixels (voxels), the highest resolution of any 3D technology. 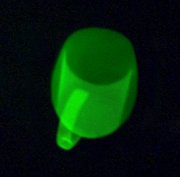 "CSpace is a true volumetric display that can be viewed without special viewing aids," Dilek Mir of 3DIcon told optics.org. "Unlike conventional swept-volume displays it does not use mechanical or moving parts."

The technology employs a clear volumetric display medium, within which a nano-scale "upconversion" material is dispersed. When twin laser sources are precisely directed into the image space, the nanomaterials are excited and function as light-emitting phosphors, emitting visible light and generating a 3D image.

"We use two different wavelengths to excite the particles, one at 850 nm and the other at 1532 nm." explained Mir. "The wavelengths were carefully chosen after extensive R&D, and are confined within a very narrow range of +/- 3 nm."

Key to the technology is the use of two Digital Light Processing (DLP) spatial modulators. DLP employs microscopically small mirrors laid out in a matrix on a semiconductor chip. In CSpace, one DLP is used to form sequential slices of a two-dimensional image along the length and width of the volumetric display. A second DLP forms translational slices of a pre-determined shape across the depth of the display, creating the complete image.

This micromirror technology requires a sophisticated control system, and future development of CSpace will be tied to advances in processing power, according to Mir. "The use of microchip technology is a novel feature of this technology," he said. "CSpace and its applications will develop as processors increase in performance and decrease in size."

Future applications of the CSpace technology could allow the generation of monochromatic or polychromatic images, depending on the particular wavelengths or types of particles used. An anti-aliasing feature could be added to the scanning method to help blur the divisions between image slices.

3DIcon believes that CSpace could be employed in numerous fields where 2D displays have been the standard, including military, medical and entertainment applications.

"The image space is currently 2 x 2 cm," said Mir. "Our next milestones include increasing the image space to four times its present size, along with the development of moving and full-colour images."