The company's cleantech portfolio has been boosted by the spin-out of silicon solar cell technology, and a separate investment in a thin-film PV developer. 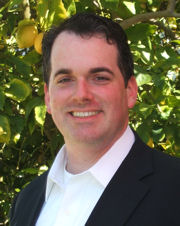 During the last month Intel Capital, the global investment arm of the semiconductor and microprocessor developer, has demonstrated the significance it attaches to the solar sector with two substantial moves.

In June, key assets of a start-up business effort within Intel's New Business Initiatives group were spun-out into SpectraWatt, an independent company which will supply silicon photovoltaic (PV) cells to solar module makers. SpectraWatt is backed by a total of $50 million from Intel and other partners.

"These announcements are the result of our work in the sector and our analysis of cleantech deals being made worldwide, which has been underway for some time," Dylan Steeg, a director at Intel Capital, told optics.org. Steeg also indicated that this activity was not yet over. "Our investment team has a very healthy pipeline of additional opportunities under investigation," he said. "Stay tuned..."

SpectraWatt's core business will initially be manufacturing crystalline silicon-based solar cells, and it has announced an agreement to source multicrystaline wafers from the UK's PV Crystalox Solar. Although details behind the SpectraWatt technology have not been revealed, it was described by Arvind Sodhani, president of Intel Capital, as "an example of technology resulting from entrepreneurial efforts inside Intel," and is thought to be based on Intel's experience at processing wafers into products.

"The SpectraWatt technology was developed within Intel," Steeg confirmed. The company expects to begin shipping products by mid-2009.

Sulfurcell manufactures thin-film CIS/CIGSe (copper indium gallium sulphide/selenide) PVs, and claims to be among the top three producers of such modules worldwide. The new investment will be used to significantly expand production through the building of a new plant in Berlin.

"The photovoltaic industry is one of great opportunity and importance," commented Steeg. "Given the device physics and architecture opportunities within photovoltaics, the industry allows for significant innovation by, and knowledge sharing from, semiconductor and other thin-film/nanotech participants."

By investing in both crystalline silicon and thin-film technology almost simultaneously, Intel Capital believes it has demonstrated its broad commitment to the expanding cleantech sector. "The photovoltaic market is and will continue to be served by several technological and architectural approaches that each utilizes different combinations or types of materials," said Steeg. "These different approaches lend themselves to different applications and customer requirements within photovoltaics, and each contribute to the overall photovoltaic market."