A combination of lens design and specialized algorithms in the OptiML Zoom allows up to 3x continuous optical zoom. 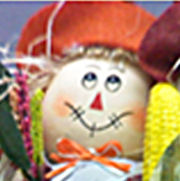 Tessera has launched OptiML Zoom, a non-mechanical optical zoom solution allowing camera modules in mobile phones and PDAs to integrate zoom functionality at a lower cost and with higher reliability than previously feasible.

"OptiML Zoom uses a specific lens design of precisely known behaviour, combined with an algorithm which knows exactly what that behaviour is," Christopher Aubuchon of Tessera explained to optics.org. "The solid-state lens introduces a distortion which significantly expands the central part of image and compresses the borders, significantly increasing the available optical data in the centre field without narrowing the field of view. The algorithm then rectifies the image and extracts the optical information."

The result is an optical zoom, rather than a digital zoom, and one which operates without mechanical parts. "What you are looking at in the zoomed image is not a digital interpolation; the pixels are already there," Aubuchon commented. "It's also a continuous zoom, so you can achieve anything between 1x and 3x zoom with no stair-step involved. It has a fixed low F-number which means good low-light performance, and the lack of moving parts is tremendously beneficial for reliability." 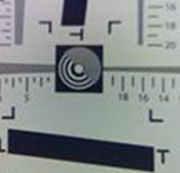 This growth follows a chain of acquisitions identified by Aubuchon and Tessera's Emerging Markets & Technologies team, including Eyesquad, an Israeli developer of micro-imaging products whose coupling of lens function with algorithm processing was Tessera's first step into the algorithm side of the business. Another key acquisition was FotoNation, specialists in features such as red-eye removal and face detection which can be applied once the image has been captured.

"All three OptiML technologies utilise a combination of physical optics designed to have some very specific features, coupled with algorithms which recognise that performance and know it very well," said Aubuchon. "It's that coupling which brings about the improvement in the depth of field and clarity close to the camera seen in OptilML Focus, and the low-light performance of OptiML UFL." 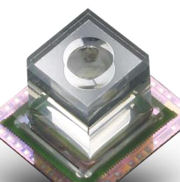 According to Aubuchon there are certainly similarities in the pixel management technology between the three solutions, but they are not necessarily based on the WLC technology. This means they could be implemented by customers without the need for substantial changes to their existing manufacturing infrastructures.

None the less, Aubuchon expects the WLC solution to play a significant role in future camera modules. "Our technology still plays into the market for traditional discrete camera modules that exists today, but in the long term we believe very much in the wafer-level camera market. The bright future of that market has already become quite clear to a lot of customers, and Tessera has committed a very large investment towards making that particular business happen."