Plasmonics to 'revolutionize' lighting and vision

Plasmonics, a hybrid of photonics and electronics, is set to improve performance of both photosensors and LEDs. optics.org interviews project leader Ross Stanley at CSEM, one of the world's leading plasmonics technology transfer centers. 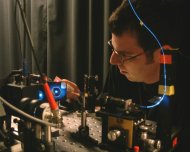 A European consortium lead by the Swiss Centre for Electronics and Microtechnology (CSEM SA), based in Neuchâtel, has just commenced a €2.8 million project to bring plasmonics (described below) from the realms of academia to become a key element in the future development of the European photonics industry. The project, called PLEAS - Plasmon Enhanced Photonics - aims to achieve these goals by controlling light in metals at the nanoscale.

The project is expected to have a strong impact on the design of photodetectors used in applications ranging from mobile phones to security systems, leading to cheaper more powerful cameras, and on "greenhouse" emissions by increasing the energy efficiency of LEDs.

CSEM says that Europe is the world leading region in the field of "plasmonics enhanced photonics". The center adds that to maintain European competitiveness, it is crucial that the European Commission's 6th Framework (funding) program is financing two strategic research projects and a "network of excellence" focused on plasmonics.

Almost all photonic components from LEDs to image sensors are limited in their size and performance by the diffraction limit. In principle, light cannot be channeled efficiently through spaces smaller than this diffraction limit. However, plasmonics can overcome this and, in so doing, has the potential to revolutionize photonics.

A plasmon is the name given to photons that are trapped at the surface of metals and localized on the nanoscale. By controlling these plasmons, light can be channeled through otherwise opaque metal films. By careful design, the light can be filtered spectrally. It can be collected from across a large area and focused to tiny spots.

optics.org: What is happening with plasmon resaerch in Europe?

Ross Stanley: "On the one hand, the European research community is the world leader in almost every area of plasmon research. On the other, the huge potential of plasmons had not previously been supported adequately by the photonics industry. In this project, we have the top plasmon experts sitting around the same table as two major players from the European photonics industry, explaining their vision. Thanks to EU funding, we now have a unique opportunity to implement this vision." 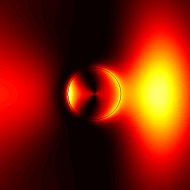 o.o: What are your project's main aims?

Our project is about the merger of two related issues: considering how to make more sensitive sensors and how to make more efficient LEDs. European plasmonics academics are world leaders in these fields.

When light hits the surface of certain metals under certain conditions, photons can be trapped in the surface. Then there is the "plasmon" effect when light travels across the metal such that it may be directed through tiny holes in the surface that are smaller in diameter than the wavelength of the light. We are considering apertures of 100-200 nm for visible wavelengths. 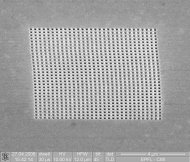 If one considers LEDs and photo-detectors, both types of device feature metal components to take current in or out, depending on the device's function. However, the current-carrying metal can get in the way and become a problem. In this project we are trying to use these metal components to beneficial effect.

For example, this could be in LEDs, which could contain certain advantageous metal features, based on suitable, reflective metals such as gold, silver or aluminum. We are trying to control what happens both on the surface of an LED and the process of light collection in a photo detector. Metal contacts often cause a shadow that reduces transmission or collection efficiency.

We aim to improve these devices' efficiencies by at least 20%, such that a premium LED that is already typically 35% efficient can be improved to have an efficiency nearer 50%.

o.o: How does CSEM foresee these results being commercialised?

One of our partners, Osram, has a particular commercial goal. They see the work on plasmonics as a way of achieving higher efficiency LEDs. On the other side of the project, where the industrial partner is Sagem, a key objective is developing higher sensitivity photo detectors. With this technology the problem has historically been overcoming noise when detecting low intensity signals. We are aiming to improve the signal-to-noise ratio by using a small detector positioned behind a tiny hole in a metal plate.

For example, by using a 50x50 nm detector behind a nanostructured 5x5µm gold plate one can dramatically reduce the noise, while maintaining detector efficiency and sensitivity.

CSEM offers its customers and industry partners tailor-made innovative solutions based on its technological expertise from applied research. Furthermore, in founding start-ups, it actively contributes to developing Switzerland as an industrial location. To date, a total of 23 such new enterprises have been launched by CSEM.

Around 300 highly qualified and specialised employees from various scientific and technical disciplines work for CSEM in Neuchâtel and the two regional centers in Zurich and Alpnach. They represent more than 20 nationalities and constitute the basis of the company's creativity, dynamism and innovation potential.