A diamond deposition tool will allow optical component manufacturers to take advantage of the material's excellent thermal properties. When it comes to cooling devices, common options include thermoelectric or Peltier methods but now, thanks to a new hot filament deposition reactor, diamond is also entering the equation. Optics.org interviews Dwain Aidala, president and COO of sp3 Diamond Technologies.

The Model 650 reactor is the latest development from sp3 Diamond Technologies, Santa Clara, CA. This hot filament CVD diamond deposition reactor, in its typical configurations, will cost 50 to 60% of that of other CVD deposition reactors based on microwave or high pressure-high temperature designs, the company says.

The 650 is a fourth generation system which continues the established process automation and safety features of sp3's earlier CVD reactors, developed over the past 12 years. One notable recent development is fully integrated process control, which allows both unattended operation and external monitoring.

The deposition system can be configured to produce finely tuned processes in ultra-smooth nano-crystalline or rougher micro-crystalline structures ranging from submicron to 50 µm-plus in thickness. Among the extended function of the device, the developer says it will provide a route to "higher output" optical devices aimed at supplanting conventional illumination sources. 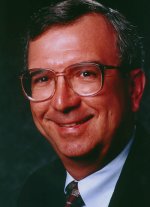 Optics.org: With the release of the Model650, what are the implications for manufacturers and users of optical systems; will it lead to cheaper and better components for optics-related applications?

Dwain Aidala: Besides being used for the established cutting tool applications, the Model 650 is intended to be a platform for the development and early production of diamond-on-substrate work. It provides a device level thermal heat spreading layer for III-V material components such as GaAs and GaN lasers or LEDs. This is a route to higher output optical devices aimed at supplanting conventional illumination sources.

OO:Considering the markets for optics-related technologies, which are the key opportunities for the Model 650 diamond deposition system?

DA:The radio frequency and power device markets are already moving down the road of integrating thermal management substrates into the active circuit. We expect that the optical markets will also begin exploring the integration of a thermal conduction layer in their designs as they continue to maximize lumens per watt. We are confident that the 650 will facilitate such investigations.

OO: Is it primarily for research and development or can it operate as a production volume tool?

DA: Since it can easily transition to a production platform, the Model 650 should reduce optical technology developers' common concerns about moving from device R&D to production volumes. The 650 is a continuation of sp3's involvement in the development and implementation of diamond applications.

We expect that the 650 will be purchased by companies aiming to differentiate themselves by using the special properties of diamond in areas such as MEMS, diamond-on-substrate and in the cutting of composite metal materials.

It is available in both a standard production configuration and a more flexible configuration for R&D applications. The R&D version adds an extra gas port for increased flexibility for development laboratories.

The device supports a uniform or mixed batch of irregular shaped substrates with proprietary fixturing while flat substrates are coated with the standard planar filament array fixturing package. An optional three-dimensional filament array produces process uniformity without the complexity and reliability sacrifices of mechanisms inside the process chamber.

OO: Why is diamond such an important material in the development of these new combinations for optical and related applications?

DA: Diamond has many properties that suit a variety of applications, including its hardness, high stiffness and thermal conductivity, electrical conductivity or insulation for semiconductor applications, high biocompatibility and extreme chemical resistance. In the MEMS area, its high Young's Modulus of 1200 Gpa is of interest.

In optical applications, diamond's high thermal conductivity of 1000 to 1800 W/mK will enable higher emitter outputs by rapidly moving heat from the junction. This will also contribute to higher device reliability. Another advantage of diamonds is its ability to be an insulator or a conductor. It has a natural electrical resistivity of 1013 to 1016 ohm-cm. It can be made conductive by boron doping during the deposition process.

The 650 will accelerate diamond's use in mainstream manufacturing by offering the most automated, scalable and flexible system available for CVD diamond deposition.

OO: How is the 650 an improvement on its predecessors?

DA: Predecessors of the 650 have been used to grow thermal films on silicon wafers up to 300mm across, silicon-diamond-silicon wafers destined to be base wafers for GaN growth, and nanocrystalline films for MEMS wafers.

The new deposition system covers expanded applications such as diamond on wafers in sizes up to 300mm, wear coatings, substrates for thermal management, amorphous silicon deposition for solar cells and other products, electrodes for water treatment and electrochemistry, passivation layers for semiconductor chucks, and cutting tools.

The 650 provides an integrated controller with a touch panel, streamlining the user interface. Additionally, it offers a network monitoring capability for increased data collection and analysis. This permits the transition from single development machine to multiple production machines in response to an important request from current customers with multi-machine facilities.

OO:: What will successful uptake of the 650 mean for sp3 Diamond Technologies, in terms of business, growth and market reach?

DA: We expect that the 650 will assist in our targeted penetration into the European market as well as expanding our presence in North America and Asia.

The device moves the development and manufacturing of CVD diamond fully into the 21st century. With its integrated graphical user interface controller and Ethernet conductivity, this is the most advanced deposition reactor for users who wish to take advantage of the many characteristics of diamond films.