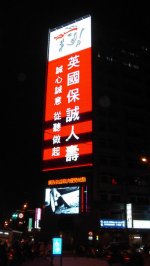 This output means that Taiwan now accounts for 13% of the global photonics market and is one of the top three countries in the world for LED packaging and fabricating LCDs, CD/DVD drives and disks, digital cameras and OLEDs. In 2005 by far the most important product area was flat panel displays, which accounted for NT$ 636,884. This was followed by optical storage products (NT$242,030) and optical input/output devices (NT$ 86,683).

The development of Taiwan's photonics industry started twenty years ago, with a production output of a mere US$235 million. Growth accelerated in the 1990s as Taiwan increasingly became involved in the manufacture of DVD drives and disks, digital cameras and flat panel displays.

However PIDA admits that there have been significant hurdles and challenges to overcome in the past 20 years, including a vicious cycle of price slashing which reduces profit margins, dependence on foreign companies for technology and finally the need to move manufacturing plants offshore.