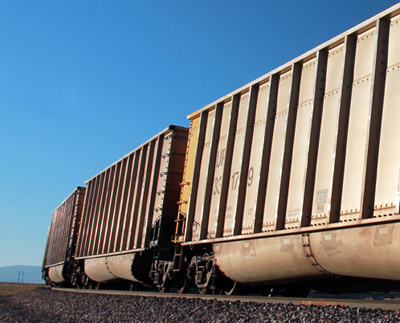 Fiber Optic Acoustic Detection (FOAD) is an emerging technology with the potential to enhance safety in the railroad industry by continuously monitoring the condition of rail, track and rolling stock. A FOAD system pulses laser light down a fiber optic cable buried near a railroad track and, using Rayleigh backscatter, can detect acoustic and seismic signals produced by such events as train movement, rail breaks, wheel impacts, and dragging equipment.

The US Fiber Optic Sensing Association (FOSA) applauded the results of the study, which also concluded that there is significant potential for cost savings for the US railroads,” especially if fiber optic acoustical detection technology is used for multiple applications”.

George Palmer, Head of Innovation at Fotech Solutions, added, “These results underscore the cost-effective contributions that new technologies, such as fiber optic sensing, can make to make to improving railroad safety.“

“In addition to its general findings, the study contains specific data quantifying the potential savings to railroads resulting from fiber optic sensing, as compared to alternative technology approaches,” said John Williams, Regional Director for OptaSense in Houston, TX, and Vice-Chairman of the Fiber Optic Sensing Association. 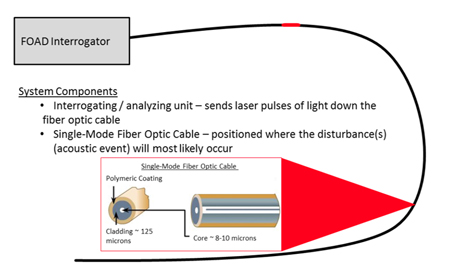 The objective of this research project was to determine the viability and applicability of implementing FOAD technology in the North American railroad environment. To accomplish this objective, TTCI worked with the newly-formed FOAD task force, comprising representatives from all North American Class I railroads, National Railroad Passenger Corporation (Amtrak), AAR, FRA, and several FOAD technology suppliers.

As interest in this technology has grown, the railroad industry has recognized that FOAD has many potential uses in the railroad environment, and a single FOAD system could potentially perform multiple functions. As a result, an AAR Task Force was formed in 2016 to identify and prioritize the most important applications of FOAD in the rail industry for further research and development.

This project performed a high-level analysis of cost drivers and system functionality that compared drivers associated with FOAD technology to drivers associated with current wayside systems used to detect broken rails and flat wheels. The cost analysis also indicates that railroads that use FOAD for more than one application may benefit from potential savings, and those savings would be even greater if existing fiber optic cable can be used for FOAD.

Currently, FOAD technology cannot fully replace the functionality of other systems, particularly track circuits. For FOAD to supplement or replace existing systems, additional development may be needed, or FOAD may need to be combined with other technologies to provide future functionalities.