Machine vision company posts another solid set of financial results as the technology continues to proliferate. 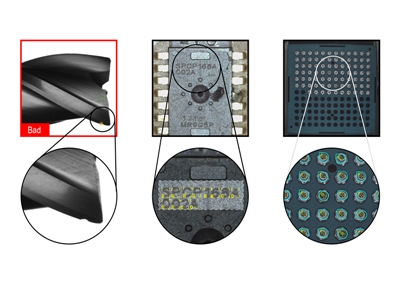 Cognex, the Nasdaq-listed developer of machine vision technology, has shrugged off weak recent demand from manufacturers of organic LED (OLED) displays to post a sharp year-on-year increase in sales.

At just over $211 million, revenues in the three months ending July 1 were up 19 per cent on the same period last year, with company founder and chairman Robert Shillman remarking:

“Our results for Q2 of 2018 were rather good. Revenue was the second highest of any quarter in our company’s 37-year history. And operating margin was at our 30 per cent long-term target.”

Automotive momentum
Cognex’ CEO Robert Willett added that despite the significantly lower demand from OLED manufacturers compared with last year’s boom in the sector, opportunities in other applications continue to grow rapidly.

“We performed well across most end markets, led by logistics and automotive,” Willett told an investor conference call to discuss the latest results, adding that demand from automotive companies in China had increased substantially in recent months. Overall, Cognex’ sales to China rose more than 50 per cent year-on-year.

Asked about the potential effects of new tariffs resulting from the US-China “trade war” instigated by the Trump administration, the CEO said that so far Cognex had seen little or no impact on its business.

“Our product we sell in China is manufactured outside of the US, so it's not as if that's necessarily in the first line of fire for any trade stuff that would be going on,” Willett told analysts. “We're positive about China. We're very positive about the long-term effects. Our business is doing well there. We don't see any short-term impacts based on what we're reading in the news, [but] we're watching very carefully.”

OLED effects
Projecting sales in the current quarter, Willett and Shillman said that revenues would likely rise to between $220 million and $230 million – although that would represent a substantial decline compared with the third quarter of 2017, when the company posted a record $260 million in sales.

That prospective downturn reflects the much lower investment in OLED display production lines in 2018 compared with last year, but Willett said he remained positive about the long-terms prospects of that sub-sector.

“I think we all know that investments in new technologies like OLED displays tend to come in phases,” the CEO told the analyst call. “It appears that investments in capacity are lower this year, [but] we think they'll be up over three years. [Though at this point] it’s very hard to make a call about next year.”

However, the firm’s profit margins remain enviably strong, and the executive team says it is planning to capitalize on the wider proliferation of machine vision by investing more heavily in product development and sales resources.

With more than three quarters of a billion dollars now on its balance sheet in the form of cash and equivalents - and no debt – Cognex will be able to support its growth plans easily while keeping plenty of ammunition available for any acquisitions, shareholder dividends, or share buy-backs.

• Following the latest financial update, Cognex’ stock price rose some 7 per cent in pre-market trading on July 31*. At $47.50, though down significantly from the record high of $73 it hit in late 2017, the company’s market capitalization currently stands at around $8 billion.

* Cognex' stock closed the day up nearly 20 per cent, at $52.78 and equivalent to a market capitalization of just over $9 billion.