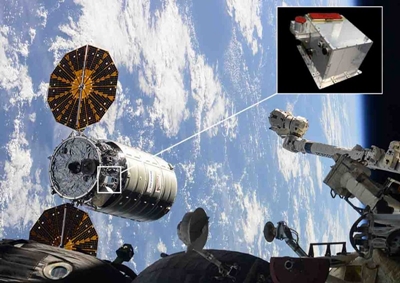 Neptec acquisition
Perhaps the most significant is the acquisition of sensor and lidar systems developer Neptec Design Group. The Canada-UK firm has been snapped up by MDA, a Canadian division of New York-listed Maxar Technologies formerly known as MacDonald, Dettwiler and Associates Ltd.

And the Neptec operation will form a new “Sensor” business unit within MDA’s newly formed commercial division. “With Neptec, MDA will deliver end-to-end robotic systems and an expanded set of solutions, positioning the company to capture growth in US, Canadian and global space exploration markets and accelerate advancement into new and expanding space segments,” announced the two firms.

Under a contract with the Canadian Space Agency, the company is also working to design a new state-of-the-art vision sensor suite for the ISS that is scheduled to launch in 2021.

Neptec CEO Paul Nephin added: “In our nearly 30-year history, Neptec has contributed critical systems to some of the most demanding space exploration missions, and we’ve built a reputation for making things work in challenging environments. Combining our capabilities with MDA creates a tremendous opportunity to win new business and continue to expand our footprint in Canada, the UK and globally.”

Neptec has also been involved in a project to develop quantum-encrypted space communications, working on an acquisition, fine pointing, and tracking system for quantum key distribution (QKD) applications in future satellite payloads.

In addition, a lunar orbital space station known as “Gateway”, planned for the 2020s, is set to feature the next-generation “Canadarm” for critical operations, including assembly of the Gateway itself and its ongoing maintenance, capture of visiting spacecraft and execution of scientific experiments and operations conducted in the lunar orbit.

Under the contract awarded by the UK Centre for Earth Observation Instrumentation (CEOI), e2v will work with other elements of Teledyne’s imaging group to simplify satellite system design for Earth observation, using CMOS time delay and integration (TDI) image sensors. Other UK partners on the project include Surrey Satellite Technology (SSTL), and the Centre for Electronic Imaging (CEI) at The Open University (OU).

Miles Adcock, who heads up Teledyne e2v’s space imaging business, said in a company release: “We are thrilled to be awarded this contract by the CEOI to develop a new camera system with SSTL and the OU using our world-leading CMOS TDI technology. Teledyne is synonymous with advanced imaging sensors for space applications, and we are excited by the prospects to push this flagship technology further.”

Measuring only 2.6 inches in diameter and 2.24 inches in height, the three-axis, closed-loop FOG design is said to be one-third the volume of the competing units.

Designed with options for full navigation, or as a higher-performance, smaller-size replacement for ring laser gyroscope IMUs, the EN-150 is aimed at applications in unmanned aerial vehicles, as well as dismounted soldiers and weaponry, platform stabilization, and applications where GPS is unavailable.

K.K. Wong, Emcore’s senior director of FOG products, said in a release: “Our new EN-150 provides our customers the flexibility of choosing navigation options that best fit their application, or to simply replace their older technology with a higher-performance, smaller-size product.”

The unit’s digital interface is fully programmable within Emcore’s factory, allowing it to directly replace older units without the expense of changing the a customer interface.