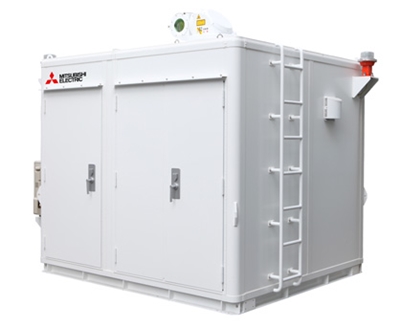 Tokyo-headquartered Mitsubishi Electric says it has won a contract from Météo-France, the national meteorological service in France, to provide a Doppler lidar system for use at Nice Côte d’Azur Airport.

The “DIABREZZA” system, which unlike more conventional radar technology is able to detect wind shear in clear-air conditions, works by detecting laser light back-scattered by dust, aerosols, and other particles in the atmosphere.

That ability should prove particularly useful at Nice Côte d’Azur, where the runways for France’s second-busiest international airport are aligned parallel to the beach – and can be susceptible to crosswinds.

The Japanese firm adds that the Nice contract will represent its first deployment in Europe. Five systems already in operation can be found at Tokyo and Narita airports in Japan, and at Hong Kong International. Another two are scheduled to be delivered to Beijing Daxing, China, and Antalya in Turkey this year.

Mitsubishi Electric also explains that neither Doppler or microwave radar are effective for monitoring wind shear in clear-weather conditions. “To maximize prevention of aircraft accidents due to wind shear, detection is required under all conditions, not just during precipitation, which is why the integration of radar and lidar is especially crucial for large-scale airports,” stated the firm.

The DIABREZZA system is based around a laser emitting at the eye-safe wavelength of 1.5 µm, and able to measure wind shear, as well as sudden gusts of wind and potentially hazardous “wake turbulence” generated by larger aircraft.

Lidar for passenger flow
While powerful Doppler lidars are in use outside the airport, the same basic technology is also finding use inside terminal buildings.

California-based Quanergy Systems says that its compact lidar sensors will be deployed to observe the flow of passengers through airports in real time - providing an alternative to conventional video cameras while protecting passenger identities.

Sam Kamel, President and CEO of iinside, the company with which Quanergy is collaborating, said: “A lidar-based approach to monitoring passenger traffic at airports is not only more precise, but it’s also more discreet than video technology.

“We can observe 100 per cent of passenger flows while fully protecting identities as the system converts position information to anonymous 3D point cloud data.”

Quanergy claims that each of its “M8” sensors is able to capture the precise coordinates and speed of motion of every person within 30,000 square meters.