New CEO Hurlston unhappy with latest results, but expects revenues and margins to increase in next quarter. 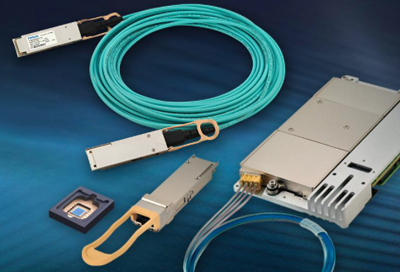 Finisar's datacom sales were down 7% in the latest quarter.

In the latest quarter, sales of datacom products decreased from $266.1 million to $248.0 million, down (6.8%) compared to Q3, 2018, which the company said was “primarily due to a decline in revenues for our VCSEL laser arrays for 3D sensing applications”.

Sales of telecom products also decreased from $66.3 million to $62.1 million, by (6.4)%, compared to Q3 2018, which was “due to the full three-month impact of the annual telecom price reductions,” the company said.

“Our top 10 customers represented 61.1% of total revenues compared to 63.3% in the prior quarter. Non-GAAP gross margin was 24.7% compared to 28.6% in the third quarter. This was primarily due to the impact of the full three months of the telecom price reductions under absorption of fixed manufacturing expenses in our Allen, Texas, VCSEL laser fab and an increase in non-cash inventory reserves.”

CEO Hurlston, who only joined Finisar in January from Broadcom – boasting much experience in semiconductors – commented, “Fiscal fourth quarter revenues were in line with the mid-point of our guidance range, but the gross margin was lower than expected driven by under-absorption of fixed manufacturing expenses in our Allen Texas VCSEL laser fab and an increase in non-cash inventory reserves.

“While we are disappointed in last quarter’s results, we do expect both revenues and gross margins will increase in our fiscal first quarter. In addition, we have begun to make changes at Finisar that I believe will not only bring more focus to our product development efforts, but will lead to better execution and efficiency, allowing the company to reduce relative expense levels.” 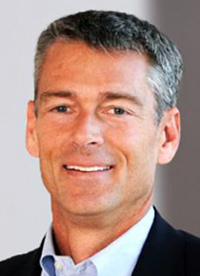 Looking ahead, Hurlston told analysts, “While our fourth quarter financial performance was disappointing, I'm encouraged by our outlook for revenue growth and improved gross margins in the first fiscal quarter. We expect to see an increase in demand for our VCSEL laser arrays for 3D sensing applications in the second fiscal quarter in connection with the expected timing of new product introductions by our customers.”

“We have closed a number of design wins for our VCSELs in consumer and automotive applications. Our opportunity funnel continues to increase in areas beyond automotive and handsets. We continue to make progress with respect to uplift of the building and the ordering and receipt of capital equipment for our VCSEL laser fab in Sherman, Texas for 3D sensing applications and still expect to be qualified and in production using 6-inch wafers by the end of the calendar year, which will increase our production capacity.

In our core business, we're seeing increased demand for ROADMs as India and China deploy more advanced networks. In our datacom transceiver business, we're seeing increased unit volumes in the data center market, but this is being offset by continued AST [ph] pressure. We have a set of cost reductions in process to provide greater pricing flexibility.

Hurlston concluded, “On the horizon, we believe we are well positioned with the major 5G wireless OEMs on 25-gig and 100- gig data rates for both short and long reach applications. We also believe we're well positioned for the 400 G transition starting in calendar year 2019.”