Due to US Government’s export ban; despite this, company announces improved Q3 2018 results. 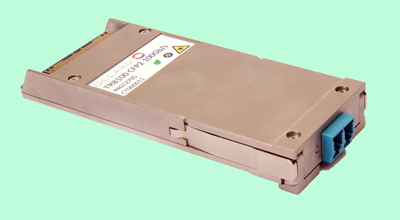 Optical communications solutions developer Oclaro has announced its financial results for the third quarter of its fiscal 2018 trading, which ended March 31, 2018.

The company did not hold an earnings call, nor provide further guidance for the fourth quarter, due to the ongoing acquisition of Oclaro by Lumentum, as we reported on 12 March.

But besides the latest quarter’s trading figures themselves, of which more follows below, an eye-catching detail in the statement concerns a US Government-imposed block on exports to one of Oclaro’s largest customers ZTE, the Chinese telecoms giant.

Greg Dougherty, CEO, commented, "As a result of the U.S. Department of Commerce recently re-imposing export sanctions on ZTE, we have temporarily suspended all shipments to, and activities with, ZTE."

In Oclaro's 2017 "10-K" SEC filing, which details key customers and their contributions to overall sales, it was reported that for the fiscal year that ended July 1, 2017, ZTE then accounted for 18 percent of the $601 million total – the same figure as other lead customer Cisco; Huawei accounted for 15 percent and Nokia/Alcatel-Lucent 12 percent.

Dougherty added, "Despite the loss of ZTE as a greater than 10 percent customer for an indefinite period, we continue to believe our solid financial model and tight expense controls, when coupled with our highly differentiated products, will allow us to continue to demonstrate strong financial performance."

Of the company’s overall Q3 performance, he said, “I am very pleased with the results that the Oclaro team delivered. Our revenue of $127 million, which was at the high end of our last guidance, was driven by a record revenue quarter for our CFP2-ACO optical transceiver family and laser chip business.

Oclaro’s Q3 in numbers (all non-GAAP)