In a few years, this device will be bought by water distribution companies, water authorities and related bodies. 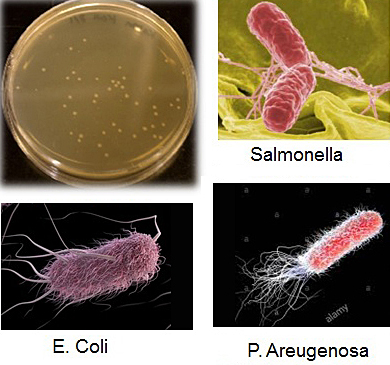 Small but deadly: examples of the bacteria Waterspy will detect.

A European research team is mid-way through the development of a photonic-ultrasound-based detector, which the group says “will save water companies from closure in the wake of tough new drinking-water regulations, soon to be implemented by the WHO.” The so-called Waterspy system will achieve this by providing the quickest ever safety diagnosis for deadly waterborne bacteria.

Since the concentration of contaminants can be very low, the deadly trio of bacteria are often hard to detect. The current process involves water samples being taken and sent to a remote laboratory, and with bacteria traces often so small, a period of 24 hours is needed to allow the pathogens to cultivate.

However, a Photonics PPP Horizon 2020-funded water-safety project WaterSpy is well on the way towards developing a solution: a portable laser-based, water quality analyser employed at critical points on a water distribution network that provides a reading in a matter of hours rather than days.

At the mid-point of the project (18 months in) the team has developed its prototype. Now the WaterSpy developers, led by Dr Alessandro Giusti, will take the device to be tested in two sites in Genova, Italy: the Prato Water Treatment Plant, and the entry point of the Genova water distribution network.

“Most water companies,” said Dr Giusti, who is manager within the coordinating organisation explains, “will struggle to meet the impending stricter water quality laws if they simply carry on as they are right now. Current technologies for bacterial diagnosis are very slow and some of the faster ones are still not precise enough. So, new technologies, such as WaterSpy are needed.”

“Although the water that comes out of your tap is safe before it gets to you, water utilities, public authorities and regulators rely heavily on frequent sampling and laboratory analysis. This is both time-consuming and expensive. WaterSpy intends to speed this up, enabling huge savings and providing real-time critical data.” 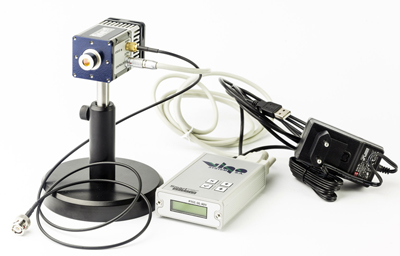 “The speed of our device is unprecedented: a full sample analysis will take up to six hours to complete so comparing this to the 2-3 days it takes with existing methods, we expect results 12 times faster than the current standard. WaterSpy is relatively cheap and will adhere to incoming regulatory requirements in terms of specificity and sensitivity levels.”

”We are working on the integration of our first integrated prototype; this week we are in Vienna for this reason. This will be tested in the lab, mainly to check compatibility issues of the various modules. The field version is expected by the end of 2018.”

It works by first gathering the small traces bacteria, and then detecting them with a laser. “Unfortunately”, Giusti said, “water itself is a very strong absorber of infrared light and special techniques have to be applied.”

In the same way that sand resonates in gathered patterns on top of a ceramic tile when a sound wave is applied, ultrasound is used to congregate the bacteria in the water sample in order to enhance the detection and sensitivity.

The WaterSpy device then detects the bacteria by exploiting a measurement technique called Attenuated Total Reflection, enabling a sample to be examined directly in the liquid state. Beams of infrared light are sent into a diamond over which the water flows. The IR light then reflects off the internal surface in contact with the water sample, before being collected by a detector as it exits the crystal.

Giusti added, “WaterSpy’s approach is the only one aiming at single bacterium detection in drinking water thus, meeting regulatory requirements. It is also not common to use mid-IR techniques for monitoring water contamination, as in WaterSpy, due to the fact that water itself is an important absorber in that region of the spectrum. Nevertheless, the mid-IR spectral region offers access to fundamental vibrational fingerprint absorptions of organic molecules. 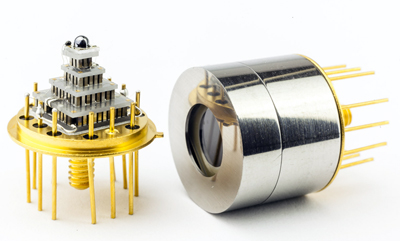 System works by works by gathering small traces of bacteria then detecting them by laser.

“In fact, the following analytes of high importance for water quality monitoring have fingerprint regions in the near and mid-IR zones: benzene, toluene and xylene isomers (so-called BTX compounds), vinyl chloride, naphthalene, and mercury. Through WaterSpy, we are aiming at advancing the state of the art in mid-IR spectroscopy, in order to develop such instrumentation in the near future.”

So are there plans to commercialize the technology, any time soon? Giusti said, We are aiming at commercializing WaterSpy eventually, but you have to consider that this is a Research & Innovation Action. We are still at a low Technology Readiness Level and we need a few more years before reaching the market stage.”

The commercial partners are in place; the consortium includes AUG Signals, which already manufactures and sells analytical instrumentation for the water market; Alpes Lasers, which produce the QCLs; Vigo Systems, which manufacture the photoreceivers in mid-IR; and CyRIC, developing the main processing unit of the device.

”We expect that the device will be bought by water distribution companies, water authorities and related bodies. It is meant for use in critical points of the network and not in the household level, for example.”

Coordinated by CyRIC, Cyprus Research and Innovation Center, the Waterspy consortium secured a grant of €3 million from the European Commission under the H2020 funding program.