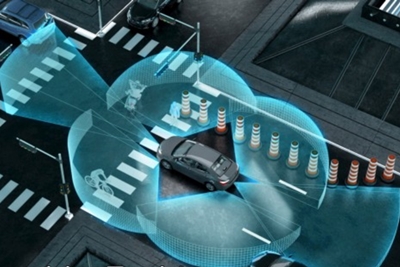 The Pittsburgh-based engineering software giant ANSYS is set to acquire OPTIS, the French developer of optics and photonics simulation.

“The acquisition of OPTIS will extend ANSYS' industry-leading multiphysics-based portfolio into the increasingly important area of optical simulation,” announced Nasdaq-listed ANSYS, adding that the deal should be completed in the second quarter of the year.

Headquartered in La Farlède, France, OPTIS should fill that gap nicely, having built up an impressive roster of customers including what ANSYS describes as a “who's who” of the automotive industry. Named customers include the likes of Audi, Ford, Toyota and Ferrari, while OPTIS also works with Boeing, Airbus, GE, Swarovski, and L'Oreal.

One of the major motivations behind the acquisition appears to be the emergence of lidar as a critical technology for self-driving vehicles.

ANSYS’ VP and general manager Eric Bantegnie said in a company release: “Like ANSYS, OPTIS is a technology leader, and together we'll deliver pervasive engineering simulation to a new set of companies while extending simulation to next-generation use cases like cameras and lidar development for autonomous vehicles.”

OPTIS has developed a photo-realistic virtual reality and closed-loop simulation platform, which is expected to help speed the development of autonomous vehicles. “Using this VR backbone – combined with other ANSYS solutions – automotive manufacturers can simulate the environment [that] driverless vehicles are navigating, including road conditions, weather and one-way streets,” stated the two companies.

Pilot's eye view
ANSYS has created simulation packages specifically aimed at autonomous vehicle sensor development, and believes that the addition of OPTIS' products will result in a comprehensive offering that covers visible and infrared light, as well as electromagnetics and acoustics, for camera, radar, and lidar technology.

“Combining OPTIS' physics-based solutions for optical simulation with ANSYS' deep and broad portfolio will be a competitive advantage for our customers and the entire industry,” predicted Delacour. “The entire OPTIS family is looking forward to working closely with ANSYS and its impressive customer community around the world.”

Previous developments involving OPTIS have included improved designs of aircraft cockpits – based on the creation of a “pliot’s eye view” of the inside of a cabin produced using the firm’s “SPEOS” visual ergonomics software.

“This collaboration allows transportation companies to virtually test and integrate their next generation of lidar developed around the LeddarCore integrated circuit before its actual release,” the partners said.