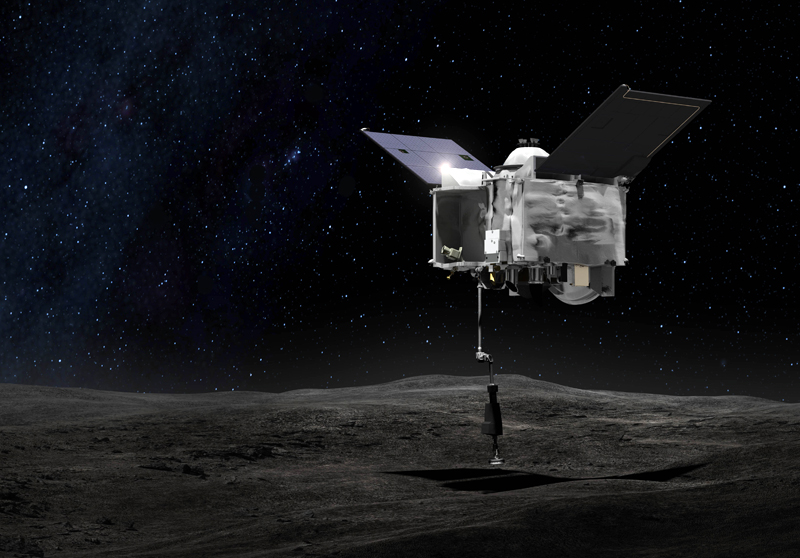 During the approach phase, between mid-August and early December 2018, the spacecraft traveled 2.2 million km on its journey from Earth, arriving at a location 19 km from Bennu on December 3.

Over this period, the science team on Earth directed three of the probe's instruments towards Bennu and began making the mission's first scientific observations of the asteroid. OSIRIS-REx is NASA's first asteroid sample return mission.

Data obtained from the spacecraft's two spectrometers, the OSIRIS-REx Visible and Infrared Spectrometer (OVIRS) and the OSIRIS-REx Thermal Emission Spectrometer (OTES), reveal the presence of molecules that contain oxygen and hydrogen atoms bonded together, known as hydroxyls. The NASA team suspects that hydroxyl groups exist throughout the asteroid in water-bearing clay minerals, meaning that at some point, Bennu's rocky material must have interacted with water. 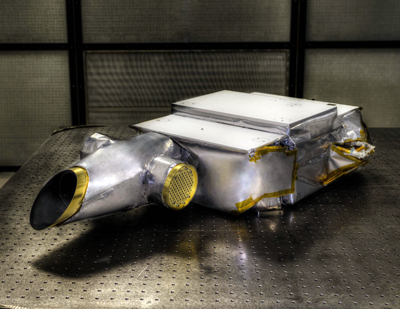 OVIRS at NASA's Goddard Space Flight Center in Maryland, where it was built.

“While Bennu itself is too small to have ever hosted liquid water, the finding indicates that liquid water was present at some time on Bennu's parent body, a much larger asteroid,” commented Amy Simon, OVIRS deputy instrument scientist at NASA's Goddard Space Flight Center in Greenbelt, Maryland.

She added, "The presence of hydrated minerals across the asteroid confirms that Bennu, a remnant from early in the formation of the solar system, is an excellent specimen for the OSIRIS-REx mission to study the composition of primitive volatiles and organics.

"When samples of this material are returned by the mission to Earth in 2023, scientists will receive a treasure trove of new information about the history and evolution of our solar system," said Simon.

Additionally, data obtained from the OSIRIS-REx Camera Suite corroborate ground-based telescopic observations of Bennu and confirm the original model developed in 2013 by OSIRIS-REx Science Team Chief Michael Nolan and collaborators. That model closely predicted the asteroid's actual shape, with Bennu's diameter, rotation rate, inclination, and overall shape presented almost exactly as projected. The survey of Bennu provides the first opportunity for the OSIRIS-REx Laser Altimeter, an instrument contributed by the Canadian Space Agency, to make observations, now that the probe is close to Bennu.

The spacecraft's first orbital insertion is scheduled for December 31, and OSIRIS-REx will remain in orbit until mid-February 2019, when it exits to initiate another series of flybys for the next survey phase. During the first orbital phase, the spacecraft will orbit the asteroid at a range of 1.4 km to 2.0 km from the center of Bennu — setting new records for the smallest body ever orbited by a spacecraft and the closest orbit of a planetary body by any spacecraft. 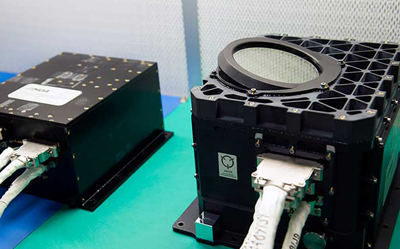 Further to NASA’s Bennu probe announcements, MDA, a Maxar Technologies company says that the laser altimeter instrument it built for the Canadian Space Agency's (CSA) contribution to this mission has now scanned and collected its first data set from Bennu.

The CSA contributed the MDA-built OSIRIS-REx Laser Altimeter (OLA) instrument, a scanning Light Detection and Ranging (LIDAR) sensor. Powerful enough to scan Bennu from 7 km away, OLA will measure the distance between the spacecraft and Bennu by firing short pulses of laser light toward the asteroid to produce an accurate and precise 3D model of Bennu's shape.

"This mission is another example of an innovative Canadian technology that supports global space exploration and expands the scientific knowledge and discoveries for humankind," said Mike Greenley, group president of MDA.

"MDA has an industry-leading space portfolio with expertise in space robotics, sensors and exploration capabilities, further enhanced by our recent acquisition of Neptec, whose powerful and versatile sensor and vision systems augment the functionality of robotic systems and deliver guidance and navigation information for space vehicles."