Modulight teams up with eye health giant on new laser 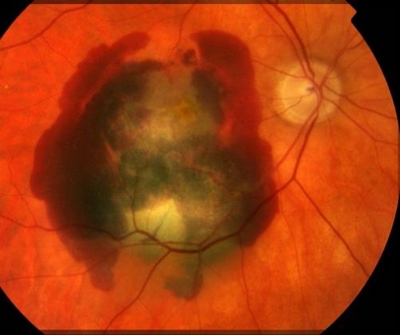 The Finnish photonics company Modulight has entered into a collaboration with contact lens manufacturer and eye health firm Bausch + Lomb to develop a new laser for photodynamic therapy (PDT) applications.

The two say that their exclusive agreement is designed for Bausch + Lomb’s existing “Visudyne” drug, used to treat a range of ophthalmic disorders, including complications of age-related macular degeneration (AMD).

Tampere-headquartered Modulight sells a number of different lasers for biomedical applications, with dozens of hospitals said to use its multi-wavelength systems in cancer treatment, including PDT and new photo-immunotherapy techniques.

State-of-the-art PDT
Modulight says that its “ML7710” source, which offers tens of watts of output power at select wavelengths between 400 nm and 2 µm, is being used by six pharmaceutical firms working on photoimmunotherapy techniques.

Its executive chairman Seppo Orsila said of the latest agreement: “Bausch + Lomb has identified a significant need in the ophthalmic industry and we believe this is a great opportunity to develop a state-of-the-art photodynamic laser to allow customers to continue to provide this type of therapy for their patients.”

Bausch + Lomb senior VP Tracy Valorie added: “PDT continues to be an important option for eye care professionals who treat choroidal neovascularization in patients who suffer from persistent disease activity, but the availability of lasers capable of delivering this type of treatment in the industry has been limited.

“We have entered this agreement with Modulight, an industry expert in developing medical laser technology, to provide customers a new laser system that is specifically designed for Visudyne and ultimately will allow more eligible patients to receive the treatment they need.”

The drug is an injectable photosensitizer that is administered via a patient’s arm and travels through their bloodstream. It is then activated by a low-energy laser to close abnormal blood vessels in the eye, which helps to stop AMD-related leakage.

Bausch Health
Bausch + Lomb is now officially part of Canada-based parent company Bausch Health, the company known as Valeant Healthcare until it was renamed earlier this year following financial difficulties and controversies over drug price inflation. Valeant had acquired the Visudyne technology back in 2012.

• Modulight will be showing off its technology at both the BiOS Expo and main exhibition during February’s SPIE Photonics West event in San Francisco, California. The company is also involved in a project to develop a new gain structure design for red-emitting semiconductor membrane lasers, the subject of a symposium presentation at the same event.