Agency wants to eliminate use of epoxies that can outgas and contaminate space hardware. 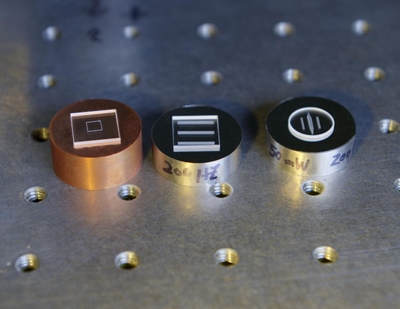 Physicists at NASA's Goddard Space Flight Center are evaluating a wide range of applications of femtosecond pulsed lasers, in the hope that the photonics technology could eliminate the use of glues and epoxies for joining different materials.

Led by Robert Lafon, the NASA team has already used ultrafast lasers to weld glass to copper, glass to glass, and drill hair-sized pinholes in different materials. The ultrashort nature of the laser pulses emitted means that no heat is transferred to the target material - which is vaporized neatly, rather than melted messily.

“It's not possible to bond glass to metal directly,” Lafon explained in a NASA release. “You have to use epoxy, which outgases and deposits contaminants on mirrors and other sensitive instrument components. This could be a serious application. We want to get rid of epoxies. We have already begun reaching out to other groups and missions to see how these new capabilities might benefit their projects.”

Now, with backing from the Space Technology Mission Directorate Center Innovation Fund, the team is looking to expand the effort to materials more typically used in spaceflight instrumentation - including sapphire, Zerodur borosilicate glass, titanium, and aluminum.

“The goal is to weld larger pieces of these materials and show that the laser technology is effective at adhering windows onto laser housings and optics to metal mounts, among other applications,” says NASA.

PICs and wider use
Another potential area of application is fabricating and packaging photonic integrated circuits (PICs), where the ability of ultrashort pulses to remove small volumes of material without damaging surrounding areas means that microscopic features can be produced.

In PICs, those features could include tiny channels or waveguides through which light can be transmitted. The same waveguides could allow liquids to flow through microfluidic devices and chips needed for chemical analyses and instrument cooling, NASA added.

“This started as pure research, but now we hope to start applying what we have learned to the fabrication of instruments here at Goddard,” Lafon said in the agency’s release. “We already see what the applications could be. In this case, research for research's sake is in our best interests.” 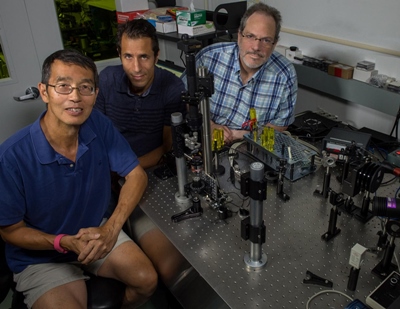 “Ultrafast lasers offer fundamental changes in how we can microprocess materials,” said Swanson. “The team's work on this research effort will allow Goddard to adapt this emerging technology to a wide variety of flight applications.”

On that topic the team, which also works on laser communications projects like the Communications Relay Demonstration, is also planning to compile a library of micromachining and welding capabilities.

“Once we are able to demonstrate this capability reliably, we will attempt to apply it to existing challenges here at Goddard,” Lafon said. “Our initial research is showing that this technology could be applied to a large number of projects across NASA."