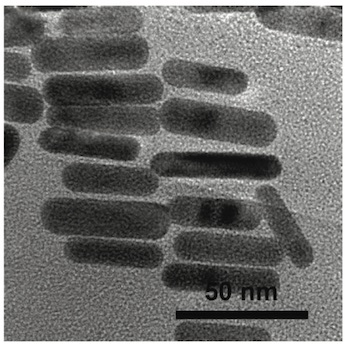 Repairing open wounds in tissues with staples or sutures is standard medical practice, but can bring about unwanted complications for the patient, including infections in the injuries. Alternatives include surgical-grade adhesives and glues, although these can themselves interfere with the body's natural healing mechanisms, even when suitably non-toxic.

A project based at Arizona State University (ASU) has developed a promising alternative, by using laser-activated nanomaterials to form seals that are better at containing body fluids and resisting infections than normal sutures. The work was published in Advanced Functional Materials.

"Laser-activated nanosealants, or LANS, are significantly more biocompatible than sutures or staples," commented David Rampulla, director of the biomaterials program at the National Institute of Biomedical Imaging and Bioengineering (NIBIB), which funded the research. "Increased biocompatibility means they are less likely to be seen as a foreign, irritating substance, which reduces the chance of a damaging reaction from the immune system."

The project, led by Kaushal Rege at ASU, exploited the ability of gold nanoparticles to act as photothermal converters when irradiated by near-IR illumination, light which penetrates relatively deeply into tissues compared to visible wavelengths.

A compound consisting of gold nanorods (GNRs) embedded in silk fibroin polypeptide matrices, a material known to minimize inflammatory responses in tissues, was developed by the team and formulated as both flexible films and viscous pastes. In use, the action of 800-nanometer near-IR light and the consequent heating of the GNRs promotes the process termed protein interdigitation, whereby the silk nanosealant and the surrounding tissue mesh together.

Crucially, the rapid heating and subsequent cooling behavior of the GNRs allow the laser exposure to be reduced below that required to activate organic dyes in similar scenarios, helping to limit the damage to tissues caused by thermal effects. This heating has previously been a significant barrier to clinical viability for laser tissue welding operations, according to the project team.

Ubiquitous use in surgery

In trials, the new LANS-based procedure was used on ex vivo samples of pig intestine, and on dorsal skin incisions in live mice.

The pig intestines showed "more than sevenfold increase in sealing efficacy over clinically relevant suturing, and prevented bacterial leakage from the intestinal lumen," according to the team's paper. This could mean that the LANS technique is a promising approach for other tissue and surgery models where sutures do not provide a rapid hydroseal, or where adhesives fail to adhere in wet conditions.

Trials on incisions in live mouse skin showed significantly smaller disruption in the dermis compared to that arising from sutures or glues, along with reduced inflammation and a more rapid rate of tissue repair.

The ASU team believes that the performance of its LANS technique makes laser-activated tissue repair a viable technology for ubiquitous use in medicine and surgery, with future developments in multiwavelength absorption and photochemical bonding likely to produce further advances. ASU now plans to move towards further animal trials, and ultimately application to humans.

“Our results demonstrated that our combination of tissue-integrating nanomaterials, along with the reduced intensity of heat required in this system, is a promising technology for eventual use across all fields of medicine and surgery,” said Rege. "In addition to fine-tuning the photochemical bonding parameters of the system, we are now testing formulations that will allow for drug loading and release with different medications, and with varying timed-release profiles that optimize treatment and healing."