Big-budget European Space Agency mission due to arrive at planetary destination in 2025. 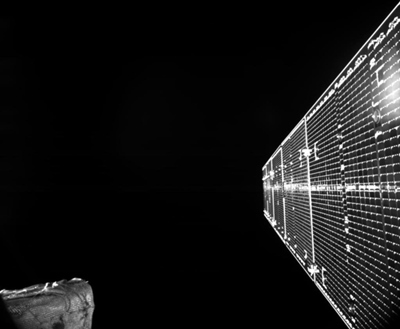 The BepiColombo mission to Mercury, with a payload full of innovative instruments including a high-power laser altimeter, has returned its first images following the October 20 launch on an Ariane 5 rocket.

One of the European Space Agency’s (ESA’s) most costly and ambitious missions to date, BepiColombo comprises two orbiting craft that will deploy around seven years from now, when the spacecraft makes its rendezvous with the tiny planet.

The mission also includes a major collaboration with the Japan Aerospace Exploration Agency (JAXA), which provided the Mercury Magnetospheric Orbiter (MMO) – one of the two orbiting payloads. Together with the scientific instrumentation, the total cost of the mission has been estimated at around €3 billion.

The primary goal of the MPO element of the mission is to shed some light on how the smallest planet in the Solar System, and the one closest to the Sun, initially formed and subsequently evolved. That should help scientists working on planetary formation in general, an area that is not well understood.

Surface studies
Designed and built by a Swiss-German-Spanish team led by the University of Bern, the BELA kit will be used to map the topography and surface morphology of Mercury, and is said to be the first such instrument developed for a European interplanetary mission. 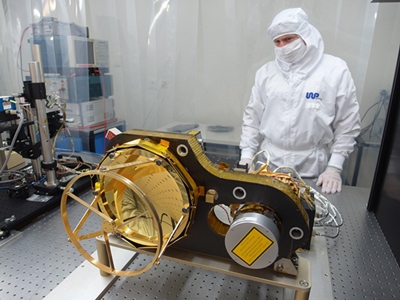 Based around a Q-switched, nanosecond-pulsed Nd:YAG source operating at 10 Hz, it will fire relatively high-energy (50 mJ) bursts of 1064 nm light at the planet, and collect reflections from the planetary surface around 5 ms later using a silicon avalanche photodiode, via a narrowband filter.

“Optimum data return is expected at altitudes up to at least 1000 km above the surface,” notes the University of Bern web page describing the planned experiments. “Samples will be acquired about every 250 meters on ground-tracks separated by 25 km at the equator, [and] crossing at the poles.”

Over the lifetime of the mission, the experiment will provide return pulse intensity and width information to assess surface albedo and roughness at 20 m scales, including in unilluminated polar craters, the Bern team adds.

Speaking at the SPIE Optics + Photonics symposium earlier this year, the MERTIS instrument co-principal investigator Jörn Helbert described the hyperspectral imaging spectrometer, which will operate across the thermal infrared range from 7-14 µm.

MERTIS features an uncooled microbolometer array to provide spectral separation across 80 wavelength channels and a spatial resolution of 280 meters while operating close to room temperature.

Orbital challenge
Following the launch from ESA’s spaceport in Kourou, the flight director Andrea Accomazzo said that the BepiColombo mission was one of the most complex interplanetary missions ever flown by the agency.

“One of the biggest challenges is the Sun's enormous gravity, which makes it difficult to place a spacecraft into a stable orbit around Mercury,” Accomazzo explained. “We have to constantly brake to ensure a controlled fall towards the Sun, with the ion thrusters providing the low thrust needed over long durations of the cruise phase.”

The ESA team has already declared the launch and early orbit phase of the mission as a "huge success", with several months of in-orbit commissioning activity now set to begin.

Named after the Italian mathematician and engineer Giuseppe Colombo, the spacecraft will spend seven years in a complex sequence of fly-bys around Earth, Venus, and Mercury before it arrives at a sufficiently slow speed to drop into orbit around Mercury.

A few months before it arrives, the transfer module will be jettisoned, leaving the two science orbiters - at this point still connected to each other - to be captured by Mercury's gravity. Their altitude will then be adjusted using MPO’s thrusters until MMO's desired elliptical polar orbit is reached. Then the MPO will separate and descend to its own orbit using its thrusters.