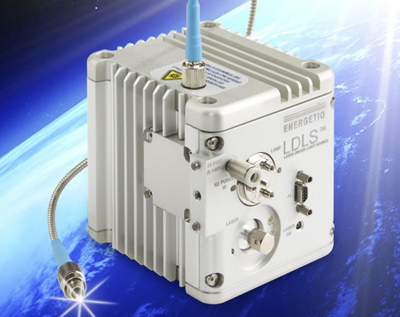 The agreement, if completed, will bring Energetiq into the consolidated group of companies that are owned by Photonics Management Corp. (PMC), of Bridgewater, NJ. Hamamatsu owns 100% of the shares of PMC. The consideration for the deal is $42M (J¥4,620 million) plus company cash.

“There has been a growing demand for light sources with high brightness in the UV region,” Hamamatsu commented in the announcement of its intention to purchase, continuing, “With high brightness sources, semiconductor wafers can be quickly and more accurately inspected for properties such as thickness and pattern accuracy.

"With the advent of thinner design rules for semiconductors, we anticipate there will be a significant demand for ultra-short wavelength EUV light sources for inspection and metrology in support of EUV photolithography.

”Energetiq’s LDLS have the necessary high brightness for semiconductor metrology applications. In addition, the company’s EUV light source have become the workhorse of the EUV community,” Hamamatsu stated.

The transaction will be conducted through a merger between Hamamatsu subsidiary of PMC, and EQ pursuant to Delaware Corporation Law. PMC has established Photonic Energy Subsidiary, Inc. (SPC) in Delaware as a vehicle to facilitate the merger. The merger will be accomplished by way of a reverse triangular merger resulting in EQ as the surviving company and SPC being dissolved.

The Japanese diversified high-tech company has a long history of developing and marketing light sources such as the xenon lamp and mercury-xenon lamp for semiconductor inspection. The addition of Energetiq’s technology range and production capabilities is expected to help to expand Hamamatsu’s capabilities and product offerings.

Hamamatsu said it plans to utilize the combined technologies of the two companies to speed development of new, value-added products: “These products may have value in diverse areas, including environmental analysis. We envisions a future where the combined technologies of the companies will result in new and exciting product offerings,” the company stated.

In May 2017, Energetiq announced a facility expansion “to accommodate its rapid growth”. The work at the company’s headquarters in Woburn, added 3,000 square feet of new workspace and renovated existing areas. The job included a state-of-the-art engineering facility, and a second clean manufacturing area for the LDLS and EUV source manufacturing.

In April 2017, Energetiq CEO Debbie Gustafson was appointed to SEMI North America Advisory Board. SEMI is the global industry association connecting the electronics manufacturing supply chain. SEMI’s objective is to strengthen the financial, market, and technology performance of member companies through programs, influence on the device community, and impact on public policy.