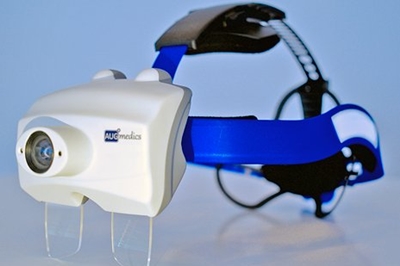 Augmedics, an Israeli technology startup working on an optical augmented reality vision system for surgical applications, says it has raised $8.3 million in a round of series A venture funding.

The company, set up in 2014 and based in Yokneam, has attracted lead backing from Swiss investor AO Invest, a subsidiary of the not-for-profit AO Foundation in Davos.

Led by a group of surgeons specializing in trauma and musculoskeletal procedures, the AO Foundation runs both a strategic fund and a development incubator to support technologies it believes will address currently unmet needs in the clinical world.

Other supporters in the round included the Israeli Innovation Authority, Terra Venture Partners and unspecified others. Augmedics says that it will use the proceeds to complete research and development work on its “ViZOR” augmented reality (AR) system, initially for spinal surgery applications.

It will also seek to establish pre-clinical and clinical trials, strategic distribution partnerships, and all-important 510(k) clearance from the US Food and Drug Administration (FDA).

$900 million market
According to the analyst company Technavio, the global market for surgical navigation systems is set to grow to $900 million by 2020, at a modest compound annual growth rate (CAGR) of 7 per cent.

“Augmedics intends to disrupt this sizeable market with its ViZOR System, an AR surgical visualization system designed to give surgeons ‘X-ray vision’ during complex procedures,” announced the company.

It suggests that by using ViZOR, surgeons will be able to “see” inside a patient’s anatomy, through skin and tissue, resulting in easier, faster and safer surgeries.

“The ViZOR can be used in many procedures, with the first intended use in minimally invasive spine surgeries,” added the company, explaining that the ViZOR system is based around proprietary transparent AR optics that project a 3D image of a patient's spine onto a surgeon's retina, in real-time, with the kind of precision and depth perception required for delicate procedures.

“The technology was designed to save time during surgery, reduce radiation exposure and reduce the number of unnecessary repeat operations and hospitalizations,” reports Augmedics.

The system is also going to be developed in such a way that it will use inputs from various sensors to collect “big surgical data” to process and analyze deep-learning algorithms. “Ultimately, it will also make suggestions, provide alerts, and perform other surgical assistance during the procedure,” believes the firm.

AO Invest chairman Michel Orsinger said in a company release: “We are happy to work with them and believe in AR's potential to shape the future of surgery and contribute to better clinical outcomes for patients. With Augmedics, we believe we are backing the leading company in the field. The accuracy, usability and feel of the product are very impressive and promising.”