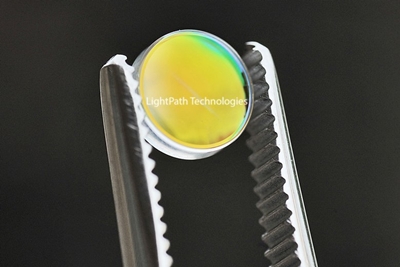 LightPath Technologies, the Orlando-headquartered maker of infrared components and specialist optical assemblies, has posted a sharp increase in both sales and profits in the closing quarter of its fiscal year 2017.

And despite losing power at the Orlando site in the wake of Hurricane Irma, LightPath CEO Jim Gaynor is expecting the lights to come back on by the weekend of September 16-17, and there to be little impact on the company’s ongoing operations.

Days after the giant storm struck Florida, he told an investor call to discuss the company’s full-year results: “We didn’t suffer any physical damage to the buildings or equipment…the only issue we have is getting the power restored to the Orlando facility.”

LightPath only carries out minimal production in Orlando, and its sales force has been able to work remotely while the office power remains out. “If we get going the end of this week, we'll make that up very quickly,” Gaynor said. “So I don't anticipate that to be too big a deal.”

Sales, profits up sharply
Meanwhile, Gaynor was able to report sales of $9 million for the three months ending June 30, nearly double the $4.7 million total from a year ago - since when LightPath has acquired ISP Optics, which makes infrared crystal components in Latvia.

The additional scale of the LightPath operation also appears to be delivering better profitability, with 2017 pre-tax income of $3.4 million up from $1.6 million a year ago.

Perhaps more instructive is the company’s earnings before interest, tax, depreciation and amortization (EBITDA) figure, which has risen from $2.5 million in fiscal 2016 to $5.9 million 2017.

Gaynor is expecting the positive momentum to continue into fiscal 2018, telling investors: “The outlook for our underlying business remains robust for fiscal 2018 amid some short-term weakness with specific customers in the telecom area due to inventory builds in China and the US.”

The CEO also stressed the benefits of the company’s diverse sales mix, saying: “At the end of the fiscal year, no single customer or product contributed more than 10 per cent of revenue. We really enjoy this diversification as it avails us opportunities around the world and through different product and market cycles.”

Lidar and headlamps
At the moment, the weakness appears to be in the communications area, but Gaynor indicated that the company was starting to benefit from the widespread interest and heavy investment in lidar technology seen by its advocates as necessary for future autonomous vehicles.

Commenting more widely on the diversification options emerging for the company, Gaynor said that he saw some “really good opportunities” in the defense sector, for example beam-splitters and collimator products used in missile systems and night-vision applications. Those collimators could also find use in laser-assisted headlamps.

The CEO concluded: “While we will have more to say in the months ahead on these very interesting initiatives, we are working in these high-growth areas both independently and jointly with our customers.”

• The latest results and investor call prompted a 12 per cent rise in the LightPath stock price in pre-market trading on September 15. At $2.70 on the NasdaqCM exchange, the company's market capitalization rose to around $65 million.