Industry veteran to step down after 18 years as the optics and photonics society’s executive director and CEO. 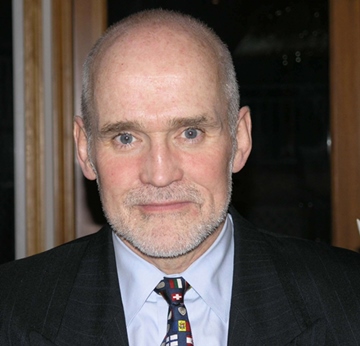 Eugene Arthurs, the CEO of SPIE, the international society for optics and photonics (and publisher of optics.org), is to retire from the position early next year.

Appointed as SPIE’s executive director in November 1999 after nearly two decades working in senior executive roles within the photonics industry, Arthurs indicated his intention to retire earlier this month.

In an email circulated to SPIE members July 27, the society wrote: “Over more than 18 years of service to SPIE, Eugene has made immense contributions to our Society through his enthusiastic and visionary leadership, and all members worldwide owe Eugene a huge debt of gratitude for his untiring efforts on our behalf.”

Industry connections
SPIE’s board of directors has already approved a search committee tasked with appointing a new CEO, who is expected to be in position by the end of this year – with Arthurs set to step down officially as of January 19, 2018.

Brian Lula, the president of Physik Instrumente’s US division and a member of the SPIE board, is chairing the search committee.

Arthurs says that he intends to remain connected with the industry, and that with his passion for the optics and photonics field as intense as ever, he will have more time for analysis and advocacy post-retirement.

After becoming an SPIE member in 1972 while still living in his native Ireland, Arthurs moved to the US in 1980 to join Quantronix Corporation, leading the development of laser applications and managing its activities in the semiconductor equipment market.

Between 1983 and 1997, he worked at Oriel Corporation as VP of technology and marketing, becoming company president in 1991 and shifting the firm's business model towards systems and instruments.

During that time he also co-founded the Belfast-headquartered sensor company Andor Technology, a company initially owned mostly by Oriel. Andor is now part of Oxford Instruments.

Having re-organized CCI, in 1998 he led the sale of the company to UK-based Gooch & Housego before joining SPIE as executive director in November 1999.

Inspirational people
In a release announcing his retirement, Arthurs said: “The years I've spent at SPIE have given me many great memories to treasure; I have loved this job and the inspirational people I have worked with, here in Bellingham and in the SPIE community.

“Connecting with bright people, young and old, across the world who are motivated to change the world for the better has been an extraordinarily enriching experience. I am grateful to them all, and to the many mentors over my career, but especially to my wife, my anam ċara (Gaelic for "soul friend").”

Prior to his industry exploits, Arthurs received his BSc with honors in physics and his PhD in applied physics from Queens University, Belfast (QUB), taught a masters class in optoelectronics at QUB, and conducted research at Imperial College, London.

• SPIE members who would like further information about the CEO position are invited to contact the society at this email address.