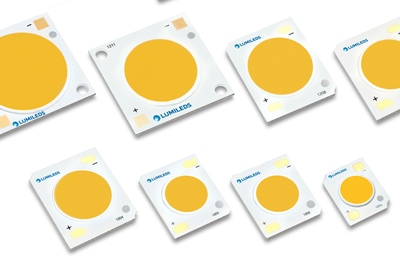 Three years after it first revealed plans to sell off the business, Philips has finally sold a majority stake in its Lumileds division to a private equity buyer.

Apollo Global Management has purchased an 80.1 per cent stake in the maker of LEDs and automotive lighting products, with the Dutch conglomerate retaining a 19.9 per cent share. San Jose-based Lumileds says that it will now operate as an independent company.

Protracted sale
Announced in December last year, the Apollo deal came after a protracted effort by Philips to separate off the LED chip manufacturing unit.

An initial plan to sell Lumileds to a China-led private equity consortium was blocked by the Committee on Foreign Investment in the United States (CFIUS), which decided that the deal – valuing the enterprise at $3.3 billion - represented a national security risk.

The subsequent sale to Apollo, which describes itself as a “contrarian” investor specializing in distressed and opportunistic buy-outs, values the Lumileds business at $2 billion.

Since the sale was announced, there have been a raft of changes among Lumileds’ executive ranks, including a new CEO and CFO alongside the appointment of a senior VP of illumination.

New CEO Mark Adams, who replaced the departing Pierre-Yves Lesaicherre, said in response to the completion of the Apollo transaction: “We are fortunate to have Apollo and Philips’ support as Lumileds embarks upon our [sic] next chapter as an innovator of high-performance LEDs and a leader in advanced lighting solutions.”

Adams joined Lumileds in February after switching from memory chip manufacturer Micron Technology, where he spent four years as VP of worldwide sales before stepping up to become president of the company.

In May, Adams was followed by new CFO Ilan Daskal, who joined from power management device specialist International Rectifier. Later the same month Steve Barlow moved back to Lumileds from arch-rival Cree, taking on the senior VP of illumination position.

Robert Seminara, a senior partner at Apollo, said in a statement from the company: “Lumileds has over 100 years of innovation as a pioneer in the lighting industry. We look forward to working with the Lumileds team in support of what we believe will be a very successful future.”

History
Founded in 1990, Apollo is now said to have close to $200 billion invested in assets across various private equity, real estate, and credit funds.

Among its many and varied investments is Jacuzzi, the historic maker of whirlpool spas and bathtubs, which Apollo purchased for $990 million in 2006.

First set up as a joint-venture between Philips Lighting and Agilent Technologies in 1999, Lumileds swiftly became one of the leading manufacturers of LEDs, with particular strength in yellow, orange and red emitters initially.

In 2005, Philips paid $950 million in cash to acquire the 47 per cent stake in Lumileds then owned by Agilent, and Lumileds became part of the Philips Lighting division.

Back then, LEDs had started to find applications in automotive lighting and backlighting of mobile device LCD screens and keypads, but had yet to make much impact in general lighting.

However, by 2013 LED-related sales were accounting for around one-third of Philips Lighting’s overall sales, a proportion that has since moved north of 50 per cent.

In the meantime, Philips has been undergoing a major strategic overhaul including spinning off its lighting division – minus the Lumileds unit – through an initial public offering of stock last year.