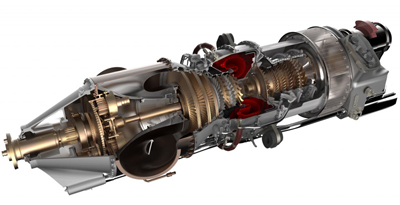 GE's new SLM will be able to make 3D print aviation parts up to 1m in diameter.

Engineering giant GE Additive has announced that it is creating the world’s largest laser-powder additive manufacturing machine, which will be able to make 3D print aviation parts up to 1m in diameter, “suitable for making jet engine structural components and parts for single-aisle aircraft”.

Designed for the aerospace industry, the machine will be able to print in a 'build envelope' of one cubic meter. The development project, announced at the Paris Air Show (June 23-25), will be unveiled in November at the Formnext Show in Frankfurt, Germany.

Mohammad Ehteshami VP and General Manager of GE Additive, commented, “The new machine will 3D print aviation parts that are one meter in diameter, suitable for making jet engine structural components and parts for single-aisle aircraft. It will also be suitable for manufacturers in the automotive, power, and oil and gas industries.”

The initial technology demonstrator machine, called Atlas, is a laser/powder machine and will be “meter-class” in at least two directions. The GE team has been developing the machine over the past two years and several proof-of-concept machines have been built.

In the planned production version, the build geometry will be customizable and scalable for an individual customer’s project. Its feature resolution and build-rate speeds “will equal or better today’s additive machines,” says GE. It is also designed to be used with multiple materials, including reactive and non-reactive materials, such as aluminium and titanium.

“We already have customers collaborating with us and they will receive beta versions of the machine by this year’s end,” added Ehteshami. “The production version, which is yet to be named, will be available for purchase in 2018.” GE is targeting first deliveries of the machine in late 2018. 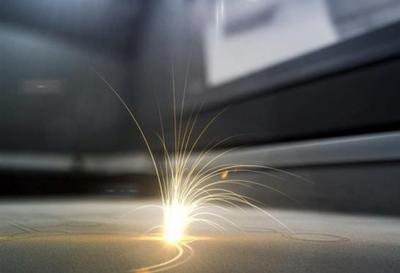 GE Additive , Concept Laser and Arcam have signed a Memorandum of Understanding (MoU) with Oerlikon of Switzerland to collaborate on accelerating the industrialization of additive manufacturing.

The agreement includes the provision of additive machines and services to Oerlikon, while Oerlikon becomes a preferred component manufacturer and materials supplier to GE Additive and its affiliated companies.

Furthermore, GE and Oerlikon will collaborate on additive machine and materials research and development over the five-year period of the agreement. The MoU was announced at the Paris Air Show.