Finisar, a developer of subsystems and components for fiber optic communications, has announced what it is calling “all-time record” financial results for its fourth quarter and full fiscal year, which ended April 30, 2017.

”But, despite continued robust demand in our fourth fiscal quarter for our 100G QSFP28 transceivers for data center applications, which grew over 30% over the third quarter, our overall revenues were $357.5 million, a decrease of $23.1 million, or 6.1%, compared to the third quarter."

He explained the drop: “This decline was primarily the result of a decline in telecom revenues due to lower revenues from our Chinese OEM customers and the impact of the full three months of the annual telecom price erosion."

The company listed its business highlights from the latest quarter (Q4, 2017), in relation to that preceding it, as follow: 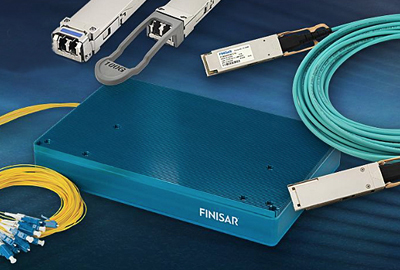 For the full-year of fiscal 2017, sales of products for datacom applications increased by $112.6 million, or 12.1%, compared to the preceding year. This increase was due primarily to growth in demand for 100G transceivers, which grew over 80% compared to fiscal 2016.

Sales of products for telecom applications increased by $73.5 million, or 22.0%, over 2016. This growth was driven by growth in the demand for 100G systems.

In the conference call associated with the results announcements, the company was asked about the expected sequential Q2 2017 growth in China which had been expected but had not happened, and whether this would actually appear later this year.

He continued, “Considering our business in China, we have talked about historically how the Chinese OEMs have contributed about 20% of Finisar’s revenue and I think at this point [mid-2017] we were significantly less… I would say we're in the low teens. So depending on when that demand snaps back obviously there is a lot of opportunity there. But in terms of our guide for Q1, 2018, obviously we're expecting it to continue to be challenging.”

James Kisner of analyst Jefferies LLC asked a question about the apparently weakening marketplace for 10 gigabit systems: “How big is 10 gig within datacom overall and what are you expecting sequentially – is that sector still declining?”

Kurt Adzema, Finaisr’s Exectuive VP & Chief Financial Officer replied, Yes. I think 10 gig is about 20% or so of datacom and we expect that market to continue to decline over time.”