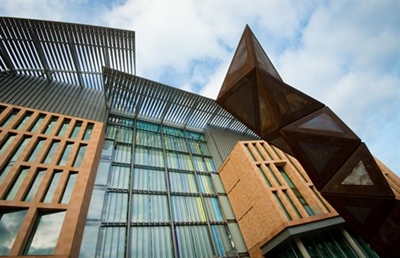 The “Livecyte” system, which relies on computational light collection and image reconstruction in place of conventional optics (known as ptychography), is said to offer label-free imaging of live cells.

Kurt Anderson, who runs the Light Microscopy Science Technology Platform at the Crick building, close to St Pancras station and the British Library, already has access to an impressive array of photonics technologies.

They include several laser scanning confocal imaging systems from Zeiss, one of which features multiphoton capability thanks to a Chameleon Ultra II laser provided by US-based Coherent. A similar system from Leica is based around a Mai Tai Deep Sea source from Spectra-Physics.

Various wide-field imagers from the likes of Nikon, Olympus, and Zeiss have also been procured, along with a dual-view light-sheet microscope and a wealth of image processing and statistical analysis support systems.

Live cell imaging is of particular interest to the group, and this is where the Phasefocus equipment is expected to make a difference.

Describing his expectations for the system in a Phasefocus release, Anderson explained: “Research at the forefront is highly competitive, and our scientists are constantly on the lookout for something that will give them an edge. We were attracted to the Livecyte by the unique combination of innovative optics and powerful image analysis software.”

Phasefocus sees immense potential for the Livecyte technique and the wealth of information that it says it can produce. “Livecyte enables quantitative label-free live cell analysis,” states the firm. “With robust automatic tracking and behavioral analysis of hundreds of individual cells within heterogeneous cell populations, it is now possible to image without the need for intrusive dyes or labels. 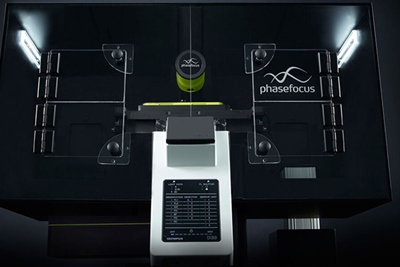 Contact lenses to live cells
Founded in 2006, the University of Sheffield spin-out company attracted £3.2 million in equity funding from Ombu Group and Fusion IP in 2012. In principle, the ptychography approach it uses is similar to holography, in that it relies on direct collection of diffracted coherent light provided by a laser or other high-coherence source.

However, the key difference is that no reference beam is needed – in principle making the technique much simpler than holography, albeit much more computationally intensive.

What has made the approach practical is the combination of a deep mathematical understanding of the behavior of the scattered and diffracted light – the company developed a phase retrieval algorithm that processes diffraction patterns to create both an amplitude image and a phase image - combined with advances in computing power.

Phasefocus has already enjoyed success in the ophthalmology sector, where its kit provides quantitative information about the thickness, optical power and oxygen permeability of soft contact lenses – properties that are otherwise difficult to measure.

In 2014, the company told optics.org that it intended to target the market for live cell imaging, where the approach might be used to study neuronal colonies or yeast-cell cultures.

It subsequently introduced the Livecyte platform in April 2016, describing it as a “complete live cell imaging system for kinetic cytometry”.

Uniquely, says the firm, this setup allows users to interleave fluorescence measurements during different drug treatments, or across cell types within a single experiment.

Features include the ability to capture phase-only (i.e. label-free) images, fluorescence-only images, or a combination of both modalities – something said to be useful for studying the timing of protein expression (labelled fluorescently).

Commenting on the Crick procurement, Phasefocus CEO Martin Humphry said: “I’m delighted that the prestigious Francis Crick Institute has chosen Phasefocus to supply a Livecyte cell analysis system to be one of the first new instruments to be installed at their landmark new facility.

“We are looking forward to working with the scientists at the Crick and I’m excited about the potential of the Livecyte system for deepening understanding of the behavior of live cells.”