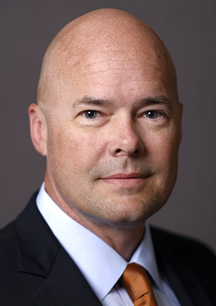 Flir Systems has announced that Jim Cannon has been appointed president and Chief Executive Officer, effective from June 19, 2017. He will succeed Andy Teich, whose retirement after 33 years of service was previously announced in February.

He also served in the US Army for 10 years as an infantryman and armor officer in a variety of assignments, including Operations Desert Shield and Desert Storm in Iraq, where he learned to truly appreciate Flir's technology and was awarded a Combat Infantryman's Badge. He later oversaw key security missions as part of the Army's peace enforcement operations in Bosnia.

"We are delighted to appoint a chief executive of Jim's caliber," said Earl Lewis, Chairman of the FLIR Board of Directors. "Jim's proven track record of achieving strong results in both business and the military make him uniquely well qualified to serve as Flir's next CEO.

Lewis added, “We're confident Jim is the right person to lead Flir. On behalf of the Board, I'm pleased to welcome Jim as we continue to leverage the attributes of the brand and product portfolio to deliver increased value to our shareholders."

Cannon commented, "The opportunity to join this team and serve alongside over 3,000 employees worldwide as the Company's next CEO is a great honor. The Flir brand is synonymous with continuous innovation and delivering value to customers around the world.

”From my own personal experience having relied on FLIR technology as a combat veteran, I've seen firsthand the powerful, life-saving impact the company's portfolio of solutions can have for our customers. Andy Teich and the team have done a great job building out Flir’s's business, and I'm excited to build on that success and drive furthergrowth."

Cannon serves on the board of directors of engineering and materials company Lydall. He holds a Bachelor of Science degree in Business Administration/Marketing from the University of Tennessee in Chattanooga. He will be based out of the company's Wilsonville, Oregon headquarters.