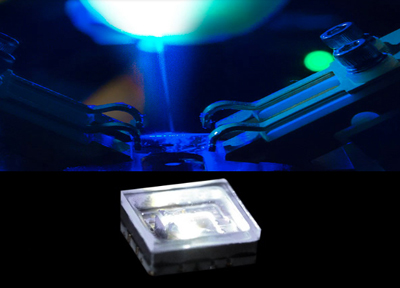 The company is commercializing a new generation of laser light sources.

SoraaLaser, a developer of visible laser light sources, is this week demonstrating its new dynamic laser light source technology at the LightFair International event, in Philadelphia, PA, which runs through May 11th. The new solid-state light sources feature fiber-delivered illumination, which can be dynamically tuned from a narrow beam spotlight to a broad floodlight using a smartphone app control.

The Goleta, Ca-based company says it is “commercializing a new generation of laser light sources for display, automotive, and specialty applications”. As an independent spin-off from Soraa Inc., the LED lighting developer, SoraaLaser was founded by several leading global pioneers in solid state lighting, including Dr. Shuji Nakamura, the 2014 Nobel Laureate in Physics.

SoraaLaser’s latest solid-state laser light source technology is claimed to provide several advantages over LED, OLED, and legacy sources in specialty lighting. It does this by enabling a new digital design freedom for developers and luminaire manufacturers working across the range of lighting application.

Dr Nakamura commented, “Previously, dynamic beam shaping could only be accomplished with motors, manual change-out of optics, or the switching on and off of many dozens of LEDs within a large matrix.” 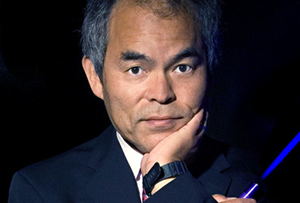 These laser light sources provide novel properties compared with other light sources by combining the benefits of solid-state illumination such as minimal power consumption and long lifetime, with the highly directional output that has been possible only with legacy technology.

Because the laser diodes are focused to a small spot on the phosphor and converted to white light, the SoraaLaser light sources deliver high luminance and enable safe, highly collimated white light output, vastly superior optical control with miniature optics and reflectors, along with high efficiency fiber optic transport and waveguide delivery.

• In the past six months, SoraaLaser’s light source technology has received several prestigious recognitions, including the 2017 Sapphire Award Finalist, Illumineer of the Year; the 2017 PRISM Award Finalist from SPIE Photonics Media; and inclusion in the 2016 IES Progress Report.