Biolase remains in the red but US revenues rise 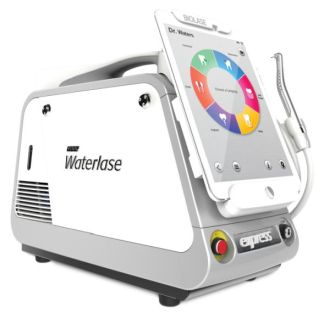 Biolase reported that revenue across its dental laser business was essentially flat for the first quarter of 2017, although the launch of two new products intended to strengthen the product portfolio was an indication of future potential.

Worldwide revenue reached $10.9 million, a decline of one percent compared to the equivalent quarter of the previous year. The slippage was attributed to the net effects of a seven percent increase in US revenues but a 13 percent fall in international sales.

Those US figures were boosted in particular by increased placements of the company's Waterlase range, and the introduction of the new Waterlase Express model which received US FDA clearance in February 2017. The Waterlase product family enjoyed a 25 percent spike in revenue in Biolase's largest market area.

Overall the company's net loss for the quarter was $4.1 million, compared to the $4.3 million loss for the same quarter of last year. Its gross margin reached 36 percent, attributed to improved pricing and geographic sales mix.

"We had a very busy and productive first quarter, and made important progress in the ongoing transformation of Biolase," commented CEO Harold Flynn, discussing the figures with analysts and noting that the company's international sales channels remained a work-in-progress.

Flynn described Biolase as being in the middle of a fundamental transition, and indicated that some unevenness in revenue growth was likely to continue for the next several quarters, as new product sales and improved global execution took shape.

"Shortly after the end of the quarter, we completed a $10.5 million private placement," Flynn said. "This provides us the necessary funds to push forward on our strategic path toward our vision of fundamentally changing dentistry with laser technology."

Flynn also referred to the company's ongoing collaboration with fiber-laser specialists IPG Photonics, saying that the companies continue to work closely on a variety of innovative ideas.

• Biolase's turbulent boardroom circumstances and market position, dating back to the earliest days of the company under director and former-CEO Federico Pignatelli and involving both adjustments to its business model and research into new applications for dental laser systems, do not seem to be fully behind it as yet.

Mark Nelson, appointed as CFO and Senior Vice President two months ago and a participant in the Q1 conference call, resigned from the company two days after the quarterly announcement.

Announcing Nelson's departure, Biolase indicated that the former CFO had "resigned to pursue an unsolicited and lucrative business opportunity with a former employer."