CardioFocus raises $20M in equity round 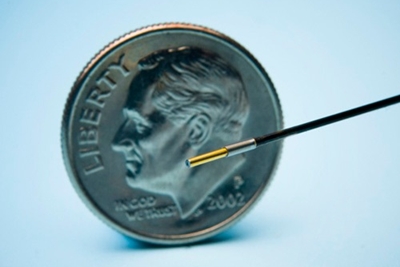 CardioFocus, the Massachusetts-based company that has developed a laser ablation system for treating atrial fibrillation (AF, the medical term for a condition causing heart arrhythmia), says it has completed a $20 million round in equity financing.

The money, raised from the firm’s existing syndicate of institutional investors, will be used to support commercialization of the “HeartLight” endoscopic ablation system, which treats AF by ablating cardiac tissue via fiber-optic catheter delivery.

However, a recent filing with the US Securities & Exchange Commission (SEC) indicates that CardioFocus had been aiming to raise as much as $32 million.

$1.5BN market
CardioFocus will also use the cash for technology development, including the ongoing clinical evaluation of its balloon-based approach to optimizing the speed and effectiveness of tissue ablation.

“We are extremely encouraged by the progress that we are seeing with our early commercialization efforts and the physician adoption of HeartLight in the US," said Paul A. LaViolette, the CardioFocus executive chairman.

“The completion of this financing serves as significant validation of the market's positive response to the therapy. Further, we are encouraged by the positive feedback we have received to date on the Excalibur Balloon and look forward to obtaining European regulatory approval and making the technology commercially available by year-end.”

With an estimated 2.3 million people suffering from AF in the US alone, and numbers believed to be climbing along with the ageing society, CardioFocus reckons that catheter-based treatment of AF is a market worth more than $1.5 billion, and growing at around 15 per cent annually.

The round of financing comes just a few months after the first HeartLight procedures were carried out in the US – although the system gained European approval several years ago and has already been used to treat more than 4000 patients.

Speaking to optics.org last year, the CardioFocus VP of engineering Jerry Melsky said that the system was based around a conventional 10 W, 980 nm diode laser, which is used to heat small areas of cardiac tissue in a procedure known as pulmonary vein isolation (PVI).

The current Food & Drug Administration (FDA) approval in the US came after a study involving more than 300 patients found that 61 per cent of those treated did not experience a repeat episode of AF at a one-year follow-up.