Zeiss hooks up with Deutsche Telekom on smart glasses 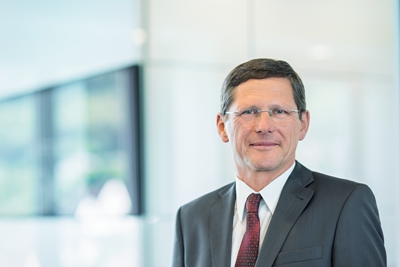 The German optics giant Zeiss is partnering with Deutsche Telekom on new “smart glasses” technology, with an early prototype already in development.

Announcing the collaboration at the Mobile World Congress event taking place in Barcelona this week, the two firms said that they were planning to develop the technology “to the point of marketability”.

However, they also noted that new hardware, software and display technology would all be required, along with new user interfaces and connectivity options.

In the prototype developed by one of Zeiss’ own venture companies, a tiny optical system projects a data field – for example images or map information - in front of the eye and onto the wearer’s field of view, something the company describes as a “flying screen” effect.

Under the project, Deutsche Telekom is set to provide direct network connection for the technical prototype developed by Zeiss, combining it with cloud-based storage. The two companies already have a significant connection, with Zeiss’s CEO Michael Kaschke also a member of Deutsche Telekom’s advisory board since April 2015.

Vuzix and Toshiba
The two companies are hoping to succeed in a sector that has so far failed to live up to expectations, with Google Glass the most notable product to have since been discontinued.

Based around a thin, transparent waveguide, the AR3000s also feature two high-definition cameras.

Last week Vuzix announced that it had signed its own development deal, with the Japanese electronics company Toshiba. Under the agreement Vuzix will build a pair of customized smart glasses – with a volume purchase order anticipated by the end of this year.

Vuzix CEO Paul Travers said in a company release: “We believe [this partnership] represents a strong vote of confidence in our capabilities and recognition of our leading position within the wearable technology space.”

Carl Pinto, VP of marketing and product development in Toshiba’s “client solutions” division, added: “We have selected Vuzix as our new smart glasses development and manufacturing partner because we are very impressed with Vuzix' current line of smart glasses and other technology that the company has in development.

“We believe that Toshiba can leapfrog other wearable technology products with Vuzix' support and look forward to a very successful collaboration between the companies.”

Last year analysts at Lux Research reported that the focus of the smart glasses was shifting away from consumer applications and towards industrial and enterprise uses, with Sony's "SmartEyeglass" and ODG's "R-7" products leading the way, alongside Vuzix.