Business comprising Qioptiq and several other well-known photonics brands has been acquired by AEA Investors. 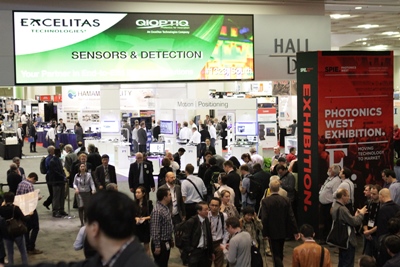 The deal, for an undisclosed sum, sees several well-known brands within the optics and photonics sector – among them Qioptiq, Cermax, Linos Photonics, and Rodenstock – transfer from one private equity owner to another.

Experienced investor
AEA Investors, which first announced the deal in October, has bought the assets from Veritas Capital Fund Management. Veritas had itself acquired Excelitas in 2010, before bringing Qioptiq under the same corporate umbrella three years later in a deal with Candover Partners – yet another private equity group.

In a brief announcement confirming the completion of the switch, Excelitas CEO David Nislick said: “AEA Investors is an experienced investor in the industrial technology sector with a strong track record of successful investments.

“Their focus on facilitating the growth of companies like Excelitas makes AEA the ideal partner to help capitalize on our growing market opportunities as we continue delivering innovative photonics technologies to our customers.”

Excelitas said that it would retain its current corporate identity and brands, and remain headquartered in Waltham, Massachusetts.

Among the claimed $10 billion in assets managed by AEA are a broad portfolio of companies from across the industrial, commercial and leisure sectors. Examples in the area of industrial technology include the high-performance liquid chromatography (HPLC) specialist Waters, automation component firm Galco Industrial Electronics, and hydraulics company Swanson Industries.

When the Excelitas deal was first announced, Nislick remarked that AEA “has a history of successful investments in our space”, positioning the company for its next phase of growth.

Perkin Elmer
What is now Excelitas had started out in 1999 as a spin-off from analytical equipment firm Perkin Elmer’s environmental health unit, before Veritas created the Excelitas brand following its 2010 acquisition.

Having grown the business with the addition of arc lamp provider Carsan Engineering and high-voltage power firm Kaiser Systems, Veritas made a key move when it added Qioptiq to the mix in 2013, capitalizing on a wide-ranging asset sale by Candover.

At the time of that deal, Veritas said that it expected the combination of Qioptiq and Excelitas to serve a combined market opportunity worth more than $4 billion worldwide. Qioptiq had posted sales of around $360 million in 2012, ahead of the Veritas deal.

More photonics brands have been added to the business since then, most notably in the form of LED-based UV curing equipment provider Lumen Dynamics, while Excelitas recently signed a distribution deal with Acal BFi covering Qioptiq’s precision laser technology. Qioptiq also landed a lucrative supply agreement with the UK's Ministry of Defence earlier this year.

While the terms of Excelitas’ latest private equity transfer have been kept under wraps, back in August Reuters reported that Veritas had been hoping to raise around $3 billion in cash with the off-load of both Excelitas and Anaren – the latter being another Veritas portfolio company, specializing in radar components.

The Reuters report speculated that the divestment of Excelitas, handled by Goldman Sachs, might have raised as much as $2 billion through an initial public offering (IPO) of stock.