Optical material is isotopically pure hexagonal boron nitride, which resolves details as small as a virus. 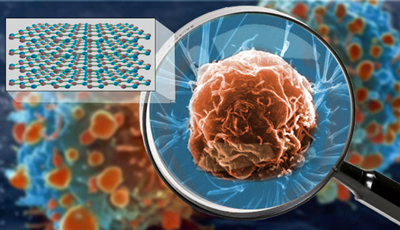 Hyperlens crystal is capable of resolving details as small as a virus.

An optical lens powerful enough to enable view features the size of a small virus on the surface of a living cell has been developed by researchers at Vanderbilt University, in Nashville, TN, USA.

Making lenses like this has been enabled by improvement in the quality of an optical material used in hyperlensing, a method of creating lenses that can resolve objects much smaller than the wavelength of light.

The achievement was reported by a team of researchers led by Joshua Caldwell, associate professor of mechanical engineering at Vanderbilt, in Nature Materials.

The optical material involved is hexagonal boron nitride (hBN), a natural crystal, which has hyperlensing properties. The best previously reported lens resolution using hBN was an object about 36 times smaller than the infrared wavelength used, equivalent to the size of the smallest bacteria. The Nature Materials paper describes improvements in the quality of the crystal that enhance its potential imaging capability by about a factor of ten.

The researchers achieved this enhancement by making hBN crystals using isotopically-purified boron. Natural boron contains two isotopes that differ in weight by about 10 percent, a combination that significantly degrades the crystal’s optical properties in the infrared.

“We have demonstrated that the inherent efficiency limitations of hyperlenses can be overcome through isotopic engineering,” said team member Alexander Giles, research physicist at the the U.S. Naval Research Laboratory. “Controlling and manipulating light at nanoscale dimensions is notoriously difficult and inefficient. Our work provides a new path forward for the next generation of materials and devices.”

Researchers from the University of California, San Diego, Kansas State University, Oak Ridge National Laboratory and Columbia University also contributed to the Vanderbilt study. The researchers calculate that a lens made from their purified crystal can in principle capture images of objects as small as 30 nm in size. 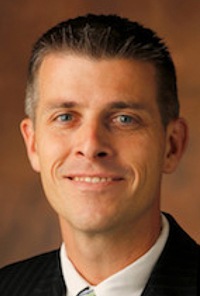 Over the years, scientists have developed many instruments capable of producing images with nanoscale resolution, such as electron-based and atomic-force microscopes. However, these are incompatible with living organisms: either they operate under a high vacuum, expose samples to harmful levels of radiation, require lethal sample preparation techniques like freeze drying or remove samples from their natural, solution-based environment.

The primary reason for developing hyperlenses such as this, is the prospect that they can provide such highly detailed images of living cells in their natural environments using low-energy light that does not harm them. In addition, using infrared light to perform the imaging can also provide spectroscopic information about the objects it images, providing a means to fingerprint the material.

Vanderbilt comments that these capabilities could have a significant impact on biological and medical science. The technology also has potential applications in communications and nanoscale optical components.

At the infrared wavelengths used in this reported experiment, the diffraction limit is about 3,250 nm. This limit can be surpassed by using hBN due to its ability to support surface phonon polaritons – hybrid particles made up of photons coupling with vibrating, charged atoms in a crystal – which have wavelengths much shorter than the incident light.

In the past, a problem with using polaritons in this fashion has been the rapidity with which they dissipate. By using hBN crystals made from 99 percent isotopically pure boron, the researchers have measured a dramatic reduction in optical losses compared to natural crystals, increasing the polariton’s lifetime three-fold, which allows them to travel triple the distance. This improvement translates into a significant improvement in imaging resolution. The researchers’ theoretical analysis suggests that another factor of ten improvement is possible.

“Currently, we have been testing very small flakes of purified hBN,” said Caldwell. “We think that we will see even further improvements with larger crystals.”