Optics and life science segment sales up 16% so far this year as demand from semiconductor market remains solid. 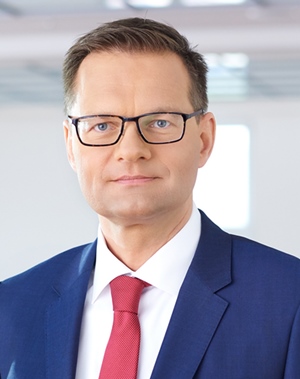 Jenoptik has posted higher sales and earnings in its latest financial quarter, driven largely by the performance of the Jena, Germany, firm’s optics and life sciences division.

For the three months ending September 30, CEO Stefan Traeger and his colleagues reported revenues of €178.4 million – down slightly on the second quarter of 2017 but a rise of around 8 per cent compared with last year.

“Momentum in our business is strong and demand in our markets remains buoyant,” Traeger said, adding that with a strong finish to 2017 expected, full-year sales should come in towards the higher end of the predicted €720 million-€740 million range.

That total would compare with the €685 million sales figure registered for 2016, with this year’s increase correlating strongly to the sustained upturn in demand from the market for semiconductor capital equipment.

Record orders
Jenoptik also reported continued strong order intake that bodes well for sales in 2018, with a record-breaking €576.2 million orders booked in the first nine months of the year – up 5 per cent on this time last year.

The uptick is being driven by strong demand in the US, with sales to the “Americas” region up nearly 35 per cent so far this year.

The company’s “optics and life sciences” business unit, which reflects most - but not all - of Jenoptik’s photonics-related sales, registered by far the strongest rate of growth of the firm’s three divisions.

At €191.3 million, divisional revenues are up 16 per cent in the year so far, while even more encouragingly the order intake of €222.8 million rose by nearly 30 per cent.

Within the firm’s “mobility” segment, strong demand for laser equipment from German car manufacturers has helped boost order bookings beyond €200 million in the year so far.

€800M revenue goal unchanged
Sharply higher profitability within the optics and life sciences division this year is also helping to offset lower margins in the two smaller business units, and Jenoptik has posted pre-tax earnings of €54.3 million so far this year – up from €42 million in the first nine months of 2016.

Following three acquisitions so far this year, two in the US and one in the UK, along with US expansion, Jenoptik’s workforce has also grown. The company now employs 3646 people – 773 of whom (just over 21 per cent) are employed outside Germany.

While Traeger and colleagues have not issued any specific financial guidance for next year, they are maintaining the long-term goal set by previous CEO Michael Mertin to achieve annual turnover of €800 million by the end of 2018.

That figure would imply top-line sales growth, including contributions from acquisitions, of around 8 per cent next year – a rate that looks plausible if the level of demand from the US and Asia-Pacific regions increases as expected, although Jenoptik also warned of the unpredictable effects of a so-called “hard Brexit” withdrawal of the UK from the European Union.

The company pointed out a warning issued last month by the Federation of German Industries that this could impact the automotive industry “severely”, alongside repercussions in the energy, finance, insurance, and logistics sectors.