Leading scientists involved in quantum technology development in the US have called on the federal government to invest $500 million of public money to better co-ordinate efforts with industry and the intelligence and military sectors.

Appearing before a sub-committee of the House Committee on Science, Space and Technology in Washington, DC, the University of Maryland physics professor Christopher Monroe testified on behalf of the National Photonics Initiative (NPI), requesting support for a new “National Quantum Initiative”.

Alongside representatives from the likes of NIST, the National Science Foundation, IBM, the Department of Energy, and others, Monroe said that there was a need to create both the physical infrastructure and “human capital” needed to move the US into a leading position on quantum technology.

White paper
The NPI’s recommendations were outlined in detail in a white paper published earlier this year. As well as the desired $500 million support in public funding over five years, these include a focus on three “pillars” of quantum technology, and the establishment of four platform-specific “quantum innovation laboratories”.

According to NPI, those labs will serve as a “collaborative space shared by academic, government and industrial researchers to create complete systems (or quantum ’testbeds’) consisting of hardware and software aimed at practical applications”.

In his testimony, Monroe highlighted how the likes of China, Canada, the UK and Australia had all made significant investments in quantum technology development already, while the European Union is embarking on a decade-long “flagship” quantum research program, with a first call for proposals expected as soon as next month.

In similar vein to the existing UK and planned European quantum technology efforts, the three quantum technology pillars outlined in the white paper would be focused on quantum-enhanced sensors, quantum-secured optical communications networks, and quantum computers. 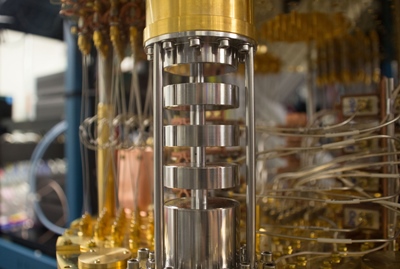 “US leadership in quantum technology will be critical to our national security, and will open new doors for private industry and academia while ensuring America's role as a global technology leader in the 21st century,” Monroe said, adding:

“Now is a critical time to initiate moving quantum technology from its current research status to real-world applications.” As well as his academic role and NPI representation, Monroe is the founder and chief scientist at quantum computer developer IonQ.

While IonQ and several much larger US corporations – including the likes of Google, Microsoft and IBM – are known to be investing heavily in quantum technology development, Monroe highlighted that efforts in the country remain somewhat “decentralized”.

In stark contrast, scientific funding authorities in China have focused significant effort in the area of quantum communications, with quantum-secured satellite links and long-haul networks now under serious development.

On the other hand, he continued, there is a problem hampering the development of the kind of exotic hardware needed for practical quantum computing. Telling the committee that there was a “missing link” between research and development of quantum technology in the US, Monroe said:

“At universities we don’t build things – we don’t do engineering. On the other hand, industry doesn’t have the engineering background [needed]. Industry is making a big play in this field, but [there is a] big challenge.”

Also speaking at the House subcommittee hearing, IBM’s CTO and VP of quantum computing, technical strategy and transformation Scott Crowder said: “Now is the time for the federal government to help expedite advancements in [quantum] technology to maximize its benefits for the US.”

Barbara Comstock, the Republican congresswoman who chairs the House sub-committee on research and technology that heard the testimony, described the area of quantum technology – not discussed at this level since 2000 – as “definitely an intimidating topic”, and wrapped up the session by noting the growing competitiveness in the field and the challenges facing it.

“There’s the need for a continuing conversation to remain competitive,” Comstock said, adding that the need to ensure a suitably educated workforce for the quantum industries of the future demanded “a lot more questions to ask, and issues to develop”.

• A full video of the three-hour-long quantum technology hearing before the House sub-committee on research and technology can be seen here.