French companies merge operations, with a view to creating a major player in European photonics. 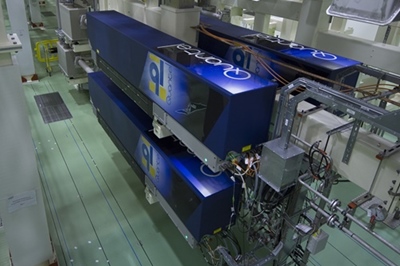 Shareholders in the French laser company Quantel have approved a merger deal with Keopsys, bringing together several different business units to create what executives hope will become a major player in European photonics.

According to a Paris Stock Exchange announcement following a combined general meeting of the two companies last week, approximately three-quarters of the Quantel shareholding approved a deal that dilutes their overall ownership but brings some new businesses under the same corporate umbrella.

It will see the current Quantel business amount to 56 per cent of the merged equity, even though Quantel accounts for nearly 80 per cent of the combined sales at present. On the other hand, Keopsys and its subsidiaries are more profitable and growing more quickly.

“This strategic business combination will create a new European champion for laser systems, with more than 400 employees and over €80 million of revenues, present in France, the US and Japan,” announced Quantel.

“With its very profitable business [in] high-growth markets, Keopsys will provide Quantel with its fiber laser technology expertise, its extensive base of prestigious clients, particularly in the telecoms and industry sectors, and its industrial production methods to serve increasingly competitive markets.”

Holding company gains exemption
Marc Le Flohic, the Keopsys founder who controls its Quantel stake through a holding company called Esira, added: “This alliance between Quantel and Keopsys will open up outstanding opportunities for growth, particularly for defense, optical sensors for the automotive and environment markets, and the medical sector.

“The extensive technological, industrial and commercial synergies and the strong level of motivation among the teams are just some of the assets that will help ensure the success of this new business project.”

The merger means that the Esira holding company now controls around 55 per cent of Quantel’s equity and shareholder voting rights, and under French law would normally be compelled to launch a mandatory public offer to purchase the entire company.

Esira holds 44 per cent of Quantel equity directly, as a result of the merger, and another 10.7 per cent indirectly, through its ownership of another holding company called Eurodyne. Esira purchased the Eurodyne stake from the long-serving Quantel CEO Alain de Salaberry last year, in a €5 million deal that also saw Le Flohic take over as CEO.

However, last month the Autorité des Marches Financiers (AMF) regulator in France granted Esira and Eurodyne an exemption that rules out the need for a full takeover.

Among the businesses that make up the Keopsys Group and which have now become part of Quantel are LEA Photonics, Sensup and Veldys. LEA Photonics specializes in fiber lasers and amplifiers, while Sensup makes laser rangefinders and lidar sensors. Veldys is a real estate company.