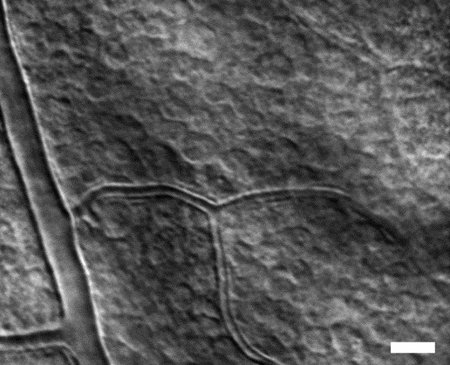 Researchers at the University of Rochester Medical Center, NY, USA, have developed a new imaging technique which they say could revolutionize how eye health and disease are assessed. The group is first to be able to make out individual cells at the back of the eye that are implicated in vision loss in diseases like glaucoma. They hope their new technique could prevent vision loss via earlier diagnosis and treatment for these diseases.

In a study highlighted in the Proceedings of the National Academy of Sciences, Dr Ethan Rossi, assistant professor of ophthalmology at the University of Pittsburgh School of Medicine, describes a new method to non-invasively image the retina.

The group, led by Dr David Williams, Dean for Research in Arts, Sciences, and Engineering and the William G. Allyn Chair for Medical Optics at Rochester, was able to distinguish individual retinal ganglion cells (RGCs), which relay visual information to the brain.

There has been a longstanding interest in imaging RGCs because their death causes vision loss in glaucoma, the second leading cause of acquired blindness worldwide. Despite great efforts, no one has successfully captured images of individual human RGCs, in part because they are nearly perfectly transparent.

Dr Rossi commented, “This new approach might eventually allow us to detect the loss of single ganglion cells. The sooner we can catch the loss, the better our chances of halting disease and preventing vision loss. Instead of imaging RGCs directly, glaucoma is currently diagnosed by assessing the thickness of the nerve fibers projecting from the RGCs to the brain. However, by the time a change is typically detected in the retinal nerve fiber thickness, a patient may have lost tens of thousands of RGCs or more.”

Dr Williams added, “In principle, this new approach might eventually allow us to detect the loss of single ganglion cells. The sooner we can catch the loss, the better our chances of halting disease and preventing vision loss.” 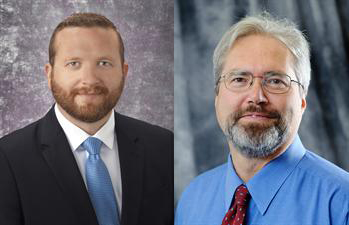 The Rochester team was able to see RGCs by modifying an existing technology known as confocal adaptive optics scanning light ophthalmoscopy (AOSLO). They collected multiple images, varying the size and location of the detector they used to gather light scattered out of the retina for each image, and then combined those images. The technique, called multi-offset detection, was performed at the University of Rochester Medical Center in animals, such as macaques, as well as human volunteers with normal vision and patients with age-related macular degeneration.

Not only did the technique allow the group to visualize individual RGCs, but structures within the cells, such as nuclei, could also be distinguished in animals. Rossi commented that if he can achieve this level of resolution in humans, he hopes to be able to assess glaucoma before the retinal nerve fiber thins – and even before any RGCs die – by detecting size and structure changes in RGC cell bodies.

While RGCs were the main focus of these investigations, they are just one type of cell that can be imaged using this new technique. In age-related macular degeneration, cone photoreceptors that detect color and are important for central vision are the first to die. AOSLO has been used to image cones before, but these cells were difficult to see in areas near drusen, the fatty deposits that are the most common early sign of the disease. Using their multi-offset technique in age-related macular degeneration patients, Dr Rossi can assess the health of cones near Drusen and in areas where the retina had been damaged.

He commented, “This technique offers the opportunity to evaluate many retinal features that have previously remained inaccessible to imaging in the living eye. Not only RGCs, but potentially other nearly transparent cell classes as well.”

The team warned that their study included a small number of volunteers and an even smaller number of age-related macular degeneration patients, noting: “More studies will be needed to improve the robustness of the technique before it can be widely used in the clinic.” Dr Rossi is now setting up his own laboratory at the University of Pittsburgh and plans to continue working with Dr Williams’ group in studying this technique and its ability to detect changes in retinal cells over the course of retinal diseases.