Parliament discusses looming threat of Brexit and the role that photonics might play in the UK’s new industrial strategy. 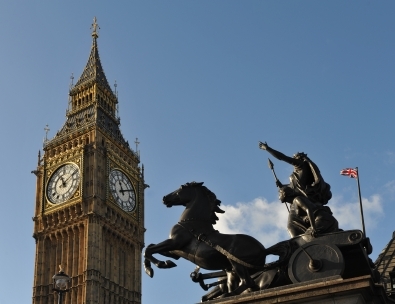 UK politicians have debated the potential impacts of Brexit on the photonics sector in the country, and the role that it can play in the emerging “industrial strategy” program recently put forward by the government.

Carol Monaghan, the Scottish National Party (SNP) member of parliament (MP) for Glasgow North West who organized the debate, is a former physics teacher and studied laser physics and optoelectronics while an undergraduate at the University of Strathclyde.

In a session chaired by Greg Clark, the secretary of state for business, energy and industrial strategy, Monaghan and several other MPs stressed that despite being a relatively unknown industry in the UK, the photonics sector employed some 70,000 people across 1500 companies, and had a growing economic impact similar in scale to the much better-known pharmaceuticals sector.

Photonics ‘hotbed’
Underlining that Scotland represented a hotbed region for photonics and the technology's “immense” contribution to the UK economy – estimated at £10.5 billion a year – Monaghan told Jo Johnson, minister for universities, science, research and innovation, that Brexit represented one of the biggest challenges facing photonics.

That is partly because of the highly export-driven nature of the business, and also because photonics research and industry both rely on skilled workers, many of whom have moved to the UK from other European Union (EU) countries, and international networks across the continent.

Monaghan also pointed out the need for the UK government’s planned industrial strategy – widely seen as a response to the likely economic impact that Brexit will have - to recognize the huge contribution of enabling technologies like photonics to key industry sectors like aerospace and communications.

In its recent industrial strategy “green paper”, the government focused on vertical industry sectors and end products, and made little mention of the enabling technologies and manufacturing equipment that actually account for the vast majority of the value created within many supply chains.

Monaghan’s points were backed up by other MPs representing nearby constituencies in Scotland with significant photonics industry presence, mentioning the contribution of large international companies like Thales and Selex, along with the US-headquartered laser firm Coherent and local spin-out success story M-Squared Lasers. The latter, which specializes in ultrafast sources, has so far been one of the main beneficiaries of the UK’s program dedicated to developing quantum technology for commercial applications.

Photonics “under-appreciated”
Responding to Monaghan and the other MPs, Johnson described photonics as “too often overlooked” and a “fascinating field”, and noted the particularly timely nature of the debate, which came just a couple of days after the government published its industrial strategy green paper.

While the number-one “pillar” in the green paper is to invest in science, research and innovation, and reiterates plans announced in the earlier Autumn Statement to invest more heavily in scientific research and key infrastructure such as high-speed fiber-optic networks, it makes no explicit mention of enabling technologies at all.

But Johnson acknowledged that photonics made a “tangible contribution to the entire UK”, and said that although the country was leaving the EU it was not leaving Europe, and that it was aiming to become the “go-to” location for scientific research.

On the subject of ensuring access to a highly skilled workforce in Europe, and the uncertainty surrounding the future status of EU migrants currently working in the UK photonics sector, Johnson said he recognized the concern. But while this was a priority for the UK government, he added that it was also dependent on the outcome of pending negotiations with the EU.

“We have an edge in photonics but we’re not taking it for granted.”

Pointing to the industrial strategy green paper, among whose priorities are to “cultivate world-leading sectors [and] build on our areas of competitive advantage”, the minister said that the consultation process now getting under way would provide the opportunity to develop the strategy more fully.

That consultation, which includes an online survey, opened this week and runs for nearly three months. It will close on April 17. To download the industrial strategy green paper and get involved in the consultation click here.

• For more information on UK photonics, contact the Photonics Leadership Group or the All-Party Parliamentary Group on Photonics, chaired by Carol Monaghan.