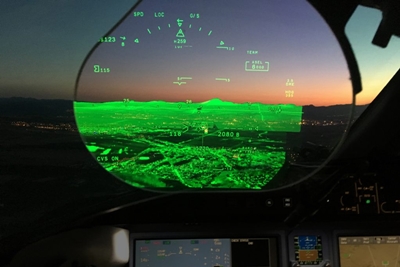 Elbit Systems, the Israeli arms and aerospace company with strong expertise in electro-optics technologies, says it has won a pair of three-year contracts to supply laser designator systems worth a combined $35 million.

Agreed with two unspecified countries in the Asia-Pacific region, the systems are for airborne platforms and will be supplied by partner firm Rafael Advanced Defense Systems.

Miniaturized laser system
Said to be based on cutting-edge technology, with a specific focus on optimizing size, weight and power, the Elbit hardware builds on three decades of developments in the area of laser target designators.

“Significant technological investments, as well as a large-scale production infrastructure, have enabled Elbit Systems to become a world leader in the field of lasers in general and laser designators in particular, with thousands of designators operational worldwide,” claims the Haifa-based firm.

“The miniaturized laser systems provide aircrews with force-multiplying capabilities, for a precise target designation and a rapid closure of the sensor to shooter cycle.”

Elad Aharonson, the general manager of Elbit Systems’ ISTAR division, added: “Elbit Systems has years of experience in developing advanced electro-optic systems including highly accurate and powerful laser designators in particular. The awarded contracts reaffirm Elbit Systems' commitment to the Asia-Pacific market and to its investments in local industries.”

Among Elbit’s various laser target designator systems is the “Rattler H” handheld device, which can be operated by individual soldiers, in co-ordination with close air support.

Based around a laser rangefinder with a range of up to 5 km, it is said to allow accurate targeting for laser-guided missiles from long stand-off distances.

“The new ruling allows operators to use an EFVS, and not necessarily natural vision, to continue descending from 100 feet above the TDZE [Touchdown Zone Elevation] to the runway and to land on certain straight-in landing instrument approach procedures under instrument flight rules,” it explains.

The ruling also updated the regulations to initiate and continue an approach when the destination airport’s weather is below authorized visibility minimums for the runway of intended landing.

Yoram Shmuely, general manager of Elbit’s aerospace division, commented: ”Elbit Systems is the market leader for EFVS solutions for air transport, business aviation and helicopters. We also are a pioneer in the market in offering full EFVS capabilities designed to meet the new FAA ruling requirements.”