Gas pipelines to get fiber-optic monitors

Southern California Gas to install technology on all new and replacement pipelines to detect leaks and damage. 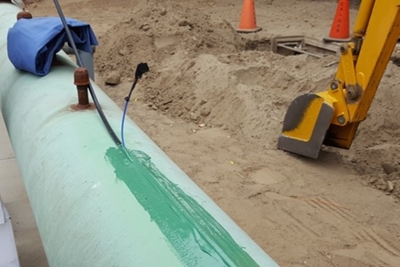 The Southern California Gas Company (SoCalGas), part of the giant energy group Sempra, is to install fiber-optic lines along all of its new and replacement gas pipelines, in a move that it says will help prevent pipeline damage and leaks.

Believed to be one of the first gas utilities in the US to use the photonics technology, SoCalGas says that it will send early warning of pressure changes or vibrations that might indicate a leak or stress on the pipeline caused by construction work, changes in geology, or the impact of a broken water main.

Bakersfield installation
The company, which maintains more than 100,000 miles of gas pipelines, says that it will install fiber-optics along all new and replacement pipeline segments that are wider than 12 inches in diameter and more than a mile long.

“The fiber optic cables will be installed approximately 36 inches below the ground surface and 12 inches above the pipelines,” it added. The first such installation, on a seven-mile stretch of pipeline in Bakersfield, which is around 100 miles north of Los Angeles, should take place later this year.

The decision follows a series of experiments at the company’s Pico Rivera test facility, said to have included driving heavy equipment over scaled-down pipeline sections, digging into soil and simulating gas leaks. “From a remote location, special [fiber-optic] monitoring equipment successfully identified each of those activities by its unique data signature,” said the firm.

Images released by the company (see below) show that it is using equipment provided by the Swiss company Omnisens, whose Raman- and Brillouin-based "Lynx" fiber systems are able to infer the presence of a leak by detecting small changes in temperature.

Jimmie Cho, SoCalGas’ senior VP of gas operations and system integrity, said in a company release: “This is game-changing technology. It will help keep our communities safe and allow us to more quickly address accidental dig-ins by third-party contractors and service outages that happen every year.”

SoCalGas adds that the signal interpretation is sufficiently advanced to distinguish between hand digging and routine traffic from heavy plant equipment in use near a pipeline, and is also able to pinpoint the location of a potential problem to within just 20 feet. 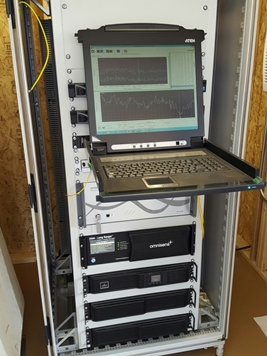 “The technology quickly detects when abnormal stress, movement or temperature conditions are present,” it said. “Continuous monitoring and measurement will help the company quickly identify threats to a pipeline from heavy equipment operation, unexpected earth movement, or physical impact.”

Laser sensors
The SoCalGas announcement comes less than a month after another energy firm in the area, Pacific Gas and Electric, said that it was piloting a laser methane detection system developed by the San Francisco startup Acutect.

It is thought that the US natural gas industry loses around $2 billion every year as a result of methane leaks, partly because of the lack of sufficiently cheap monitoring technology suitable for widespread deployment.

Aside from that cost and the potential for gas explosions, methane is also seen as a major contributor to global warming. Despite being far less abundant than carbon dioxide, methane is known to have a much more potent “greenhouse” effect, while the atmospheric concentration of methane is now known to have been increasing at a much faster rate.