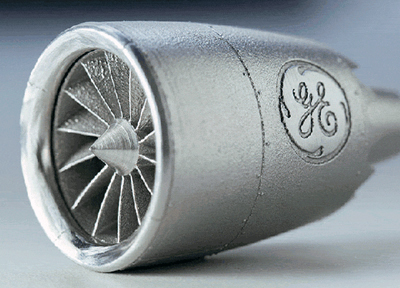 Engineering giant GE has announced that it is now accepting applications from schools, colleges and universities for its new GE Additive Education Program. The company has committed to invest $10 million over the next five years in two educational programs, to develop “pipelines of future talent in additive manufacturing”.

The company is planning ahead for when it believes additive manufacturing (AM) will be more widespread and that there will be greater need for properly trained developers and operators, stating, “enabling educational institutions to provide access to 3D printers will help accelerate the adoption of additive manufacturing, worldwide.”

At the end of October 2016 the company showed its determination to develop a strong position in AM when its division GE Aviation acquired a 75 per cent stake in Concept Laser, the Germany-headquartered laser additive manufacturing company, in a deal valued at $599 million. Also at the end of last year, GE concluded its tender offer for the shares of Arcam, a Sweden-based developer of additive manufacturing solutions for production of metal components, first initiated in September, and purchased 76% of the company.

Mohammad Ehteshami, Vice President of GE Additive, commented, “We want to build an ecosystem for additive manufacturing across multiple industries. GE is committed to this technology for the long-term.” One of the new global educational programs will focus on primary and secondary schools, while the other focuses on colleges and universities. The two proposals are as follow:

• GE will invest $2 million over a two-year period to subsidize desktop polymer printers for primary and secondary schools around the world. Priority will be given to institutions serving students aged 8-18 with a strong commitment to Science, Technology, Engineering and Math (STEM) education.

• GE will invest $8 million over five years to subsidize the distribution of up to 50 metal additive machines to colleges and universities around the world. Priority will be given to institutions with curriculums focused on or research already underway in additive manufacturing. 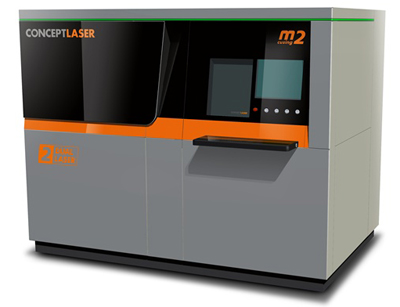 In its announcement, the company stated that applications for initial selections in both programs will be accepted until Feb. 28, 2017, enabling the 3D printers to be available to schools and universities beginning Fall 2017. Additional applications will be accepted in 2018. The timetable of the allocation process and an online application form can be seen on the GE Additive website.

GE has actively supported education for more than 100 years. GE’s efforts focus on areas that have the greatest impact and can improve outcomes for students. In the U.S. alone, GE has invested more than $225 million and thousands of hours to support public education.

The following video introduces GE Additive and its research and development ambitions, with the theme "growing a world with limitless potential".