After 10 years’ of “transformation and growth”, he will focus on new challenges beyond the German optics giant. 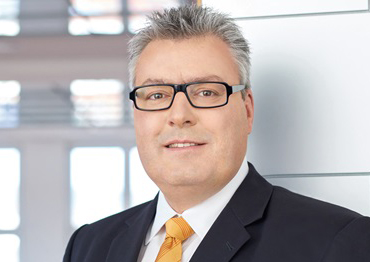 Jenoptik’s President and CEO Dr. Michael Mertin has announced that he will not extend his employment contract as a member of the Executive Board beyond June 30, 2017. The long-term company leader will thus leave Jenoptik after what the company described as “ten successful years”.

A press release published this week stated that the representatives of the company’s Supervisory Board had thanked him for the work he has accomplished.

Matthias Wierlacher, Chairman of the Supervisory Board, said: “It is with great regret that we acknowledge Dr. Mertin’s decision and we thank him for the successful work over the past ten years, in which he has realigned Jenoptik and transformed it into an international high-tech company.” This has been reflected in a sustainably profitable growth and a significantly increased share price.

Since Dr Mertin took over as President & CEO in 2007, the revenue of the Jenoptik Group has increased by more than 35 percent to €670 million per year by the end of 2015. Earnings after tax were sustainably in the positive range and at the end of 2015 came to nearly €50 million. For the fiscal year 2016 too, the Jenoptik Group stated that it expects to achieve “record figures for revenue and earnings, which would slightly surpass the good figures of the prior year, once again.”

Jenoptik’s Supervisory Board added that it would now focus on the succession to Dr. Mertin. “For that purpose we will start a structured process,” said Wierlacher, who added, “The Board thanks Dr. Mertin for his willingness to assist with this process.”

• In May 2016, Dr Mertin announced that he would be stepping down as president of Photonics 21, the European industry organisation, in November 2016.