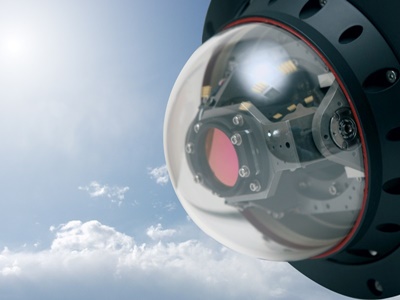 Following successful completion of the $150,000 phase 1 STTR element of the work, which was backed by the US Air Force, RPO will now look to develop a fast-axis collimating lens for QCLs.

“Because primary applications are wide, the lenses must withstand the stress of both continuous wave and pulsed laser emission,” explains RPO. “Lenses for this application are not known to currently exist, making RPO first in the industry to achieve a working prototype.”

Thus far, RPO has designed the lens and tested the materials and coatings to assess their damage threshold. By the end of the phase 1 project, a working prototype was produced and provided to the Air Force for testing.

George Lindberg, the manager of RPO's glass materials operation and principal investigator on the project, said in a company release that no damage was recorded during testing, claiming “great results”.

Despite being first developed at Federico Capasso’s Harvard University laboratory more than 20 years ago, QCL systems are only just emerging in commercial applications – among the first of which are the advanced infrared countermeasures (IRCMs) designed to protect aircraft from heat-seeking missiles.

Thermal sinking
According to an abstract describing the phase 1 element of the RPO project, the high laser powers used could cause ablation of lens material, reducing the effectiveness of the optics and potentially leading to failure.

“Thus, a high damage threshold is required for materials used in these applications, as well as good thermal sinking to remove heat from the optic,” it states. “Lenses for this application are not known to currently exist, most likely due to the expensive nature of processing and material cost for optical elements in the MWIR.”

Chalcogenide glasses, which can be based on various combinations of the chalcogen elements sulfur, tellurium and selenium, should be manufacturable at lower cost because they can be produced with precision glass molding techniques.

It means that although the chalcogenide glass material is relatively costly, virtually no waste is produced and yields are typically very high. Phase 1 of the project saw RPO test lenses and materials at a wavelength of 4.6 µm.

As well as the IRCMs, applications of the mid-infrared technology could include a wide range of spectroscopy techniques across medical, scientific, research, security, and pollution monitoring applications.

“While the market is growing quite rapidly QCLs are still in their life infancy,” states the phase 1 abstract from last year. “Market research groups are projecting the total world market to reach $7 billion in 2019. As the market for QCL lasers grows, the market for chalcogenide fast-axis collimating lenses will grow with it.”