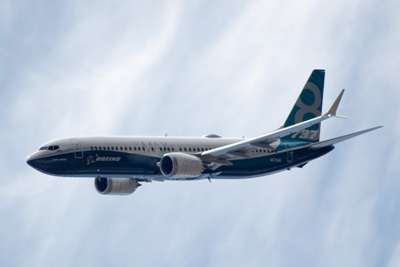 SLM, which specializes in selective laser melting of metals and has already worked extensively with GE and the likes of Audi, will become part of GE’s aviation business unit, assuming that the takeover deal is approved.

GE Aviation will also acquire Sweden-headquartered Arcam in the double swoop, which is intended to expand its own offerings in the additive manufacturing sector. However, Arcam’s technology is based on electron-beam melting of metals, rather than lasers.

GE Aviation boss David Joyce said in a release from the company: “We chose these two companies for a reason. We love the technologies and leadership of Arcam AB and SLM Solutions.

GE is offering €38 cash per SLM share, representing a premium of around 37 per cent on the German firm’s stock price just prior to the announcement. 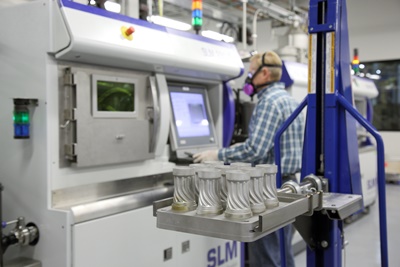 The Lübeck-headquartered firm completed an initial public offering of stock in May 2014, raising €180 million in its listing on the Frankfurt stock exchange.

And although some of those machines have been sold at a discount, with an impact on the company’s profits, full-year sales for 2016 are expected to come in at somewhere between €85 million and €90 million.

SLM now employs 260 people, with sales and application sites worldwide complementing the operations base near Hamburg in northern Germany.

Responding to news of the planned GE takeover, SLM’s founder and chairman Hans-Joachim Ihde said: “GE has already accompanied us as a user and customer since our inception.

“They assumed a pioneering role in aerospace technology and were early to identify the benefits of selective laser melting – for example in terms of savings in the weight of components. They are entirely familiar with SLM Solutions' multi-laser technology and its advantages vis-a-vis our competitors'.”

Lübeck commitment
SLM added that the agreement signed with GE Aviation includes a commitment to maintain and expand the headquarters in Lübeck and the company's other sites: GE says that it expects the addition of Arcam and SLM to help it foster a $1 billion additive technology business by 2020.

“The additive effort will utilize GE’s global ecosystem, but be centered in Europe,” said GE, noting that the key operating locations of Arcam and SLM, as well as their management teams and employees, will be retained.

“These locations will collaborate with the broader GE additive ecosystem including the manufacturing and materials research center in Niskayuna, New York, and the additive design and production lab in Pittsburgh, Pennsylvania,” added the industrial powerhouse.

“They will also complement the technologies brought on by other key acquisitions such as Morris Technologies and Rapid Quality Manufacturing.” 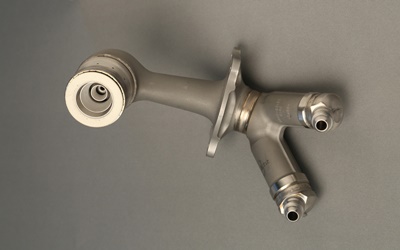 Up to 20 of the fuel nozzles are required in each of the LEAP turbofans, which were developed by CFM International, a joint-venture with France-headquartered Safran.

According to GE the new nozzles are 25 per cent lighter but five times more durable than conventional designs, because additive production means that they can be produced as a single component – rather than being made from 18 separate parts, as was previously the case.

“Production will ramp up to more than 40,000 fuel nozzles using additive by 2020,” predicts the firm, which is also using additive manufacturing to make components for advanced military engines.

It isn’t just jet engines that are set to benefit from additive techniques: GE is also developing the Advanced Turboprop Engine (ATP) for a new Cessna aircraft - with a significant portion of the entire engine said to be produced using additive manufacturing.

Back on terra firma, SLM’s recent applications have also included producing handlebars for bikes used by the French cycling team at the Rio Olympics (see video below).