Investment to support its "System on Glass" transceivers destined for the booming data center market. 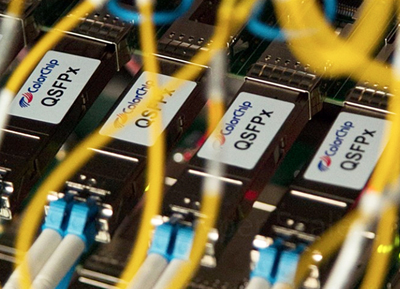 Colorchip: Aiming to solve the growing bandwidth demands of the web.

Optical communications systems ColorChip, has raised a further $20 million in new growth-funding to ramp-up its product development operations. The latest tranche of funding for the developer of the System on Glass-based transceivers, follows the previous $25 million funding, which was announced in November 2015. Overall, the company has raised $45 million in the past 12-month period.

The latest round of funding is coming from Gemini Israel Funds, BRM Group, IGP, Vintage, HGL Capital, and Viola Credit. The company says it will use the money to “help top-tier datacoms systems users to better manage the explosion of web traffic”. ColorChip has now raised a total of $80 million with IGP, Gemini and BRM leading the previous rounds.

The Yokneam, Israel-based company stated, “With Internet services becoming more data-intensive, there is a growing need for new technologies to help datacom manage all of the exponentially growing traffic. ColorChip’s optical communication solutions will help solve the growing bandwidth demand of the web.” 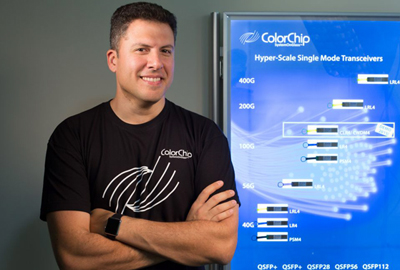 Yigal Ezra: "We will use the funds to recruit additional employees and to scale up operations."

ColorChip CEO, Yigal Ezra said, “We are delighted with ColorChip’s current funding round. We have so much support from our investors and are going to utilize the funds to recruit additional employees and to scale up our operations to better serve the growing demands of the datacom market.”

ColorChip has developed the SystemOnGlass technology, which is a hybrid optical integrated circuit. In this system, glass wafers are deployed to industrialize the optical devices, enabling cost-effective and highly-scalable production. This approach allows ColorChip to achieve efficiencies usually only seen in semiconductor fabrication into the world of optical communications.

The company adds that it is targeting the high-speed transceiver 40G/100G Datacom market, which is expected to reach $1.7 billion by 2019. ColorChip is in the process of scaling up its operations, including hiring new employees in Israel, the U.S., and at remote site facilities. The new funding will directly support these efforts.

Founded in 2001, ColorChip is an optical communication innovator in the fields of Optical Components and Sub-Systems. ColorChip helps top tier datacom power through bandwidth crunch with its reliable, scalable, and robust High Speed Networking and Communications solutions.